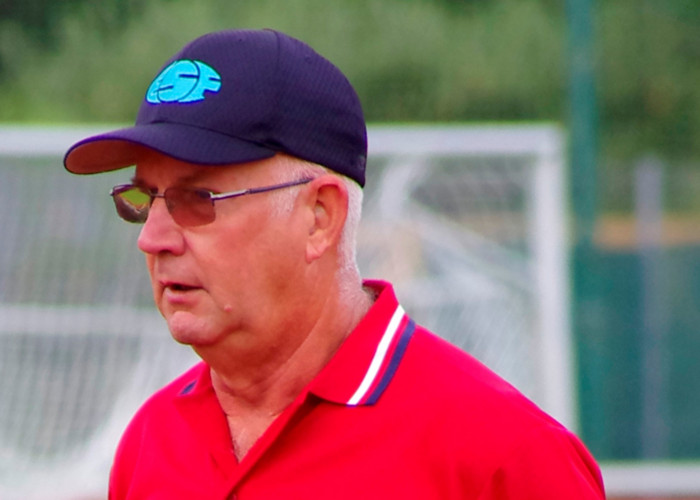 Chris Moon, one of the most well-known and respected British and European slowpitch umpires, sadly passed away on 29 September, and tributes have been coming in ever since on social media -- not just from the UK but from countries around the world, including the USA, Belgium, Canada, Czechia, France, Germany, India, Ireland, the Netherlands, Spain and Slovenia.

A number of words and phrases in these tributes stood out:

“Chris had such a great impact on slowpitch softball,” one tribute read, “and he will always be remembered.”

Bob Stanton, the former WBSC and ISF Director of Umpires, wrote: “I will always have fond memories of Chris at the Slowpitch Certification Seminar in England and of course his participation at the ISF Slowpitch World Cups in Florida.  Chris will be greatly missed.”

Jeff Whipple, Softball Canada’s National Director of Umpires, wrote: “He was a great supporter of the game and he inspired all who he met along his journey.”

James O’ Farrell, former WBSC Europe and ESF Umpire-in-Chief, wrote: “Chris made me laugh, cry and nearly die on the telling of more than one of his stories.  My memories of my times spent with him will always be some of the best memories of my life.”

Through all of these tributes and loving memories of Chris, we must remember that Kate has lost a husband, Sarah and Dan have lost a father, and all of us in the British softball community have lost a friend. 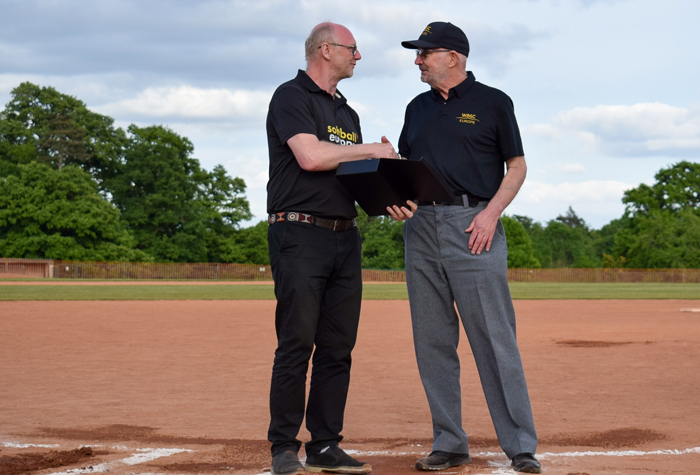 Chris was a qualified Rugby Union referee before becoming involved in softball umpiring, first at league level and then qualifying as a national-level official through the BASU in 2005.

Since then, until he stepped back in 2021 due to ill-health, Chris was highly active throughout British slowpitch softball, typically umpiring more than 100 games each season and acting as Crew Chief at Britain’s larger national events as well as at the Softball World Series tournament held annually in the UK, where he met many co-ed slowpitch softball teams from continental Europe for the first time.

Chris has been a Committee Member, Tutor/Mentor and Training Officer for BASU, and was the appointed Technical Officer on the British Softball Federation Executive Board from 2011 to 2021.

Chris qualified as an ESF Umpire in 2010 and officiated at ESF Co-ed Slowpitch Cups and Championships, as well as at established European events such as the Windmill Cup in The Netherlands, until he became the lead Umpire-in-Chief for slowpitch in Europe.  In that role, he continued to introduce new umpires – including some conversions from fastpitch! – to the slowpitch discipline within the ESF.

In 2013 Chris qualified as an ISF Slowpitch Umpire and from 2014 through 2016 called games at ISF Co-ed Slowpitch World Cups held in Plant City, Florida.  He also developed close links with North American colleagues, friendships that led to him attending Softball Canada’s ‘Blues’ Convention to practice new training skills and welcoming Canadian slowpitch umpires to Europe each year to take part in the annual ESF Exchange Programme.

Ever since those first contacts at the Softball World Series, Chris had become known and respected by all the European slowpitch teams he had met and served.  He called his last ESF game during the European Co-ed Slowpitch Super Cup in 2016 in Wiener Neustadt, Austria, and retired, as umpires do, by ceremonially placing his cap on second base before leaving the field.  All the teams present came to the field and provided a spontaneous salute by forming an arch of bats held aloft for his walk from second base back to home plate for the last time.