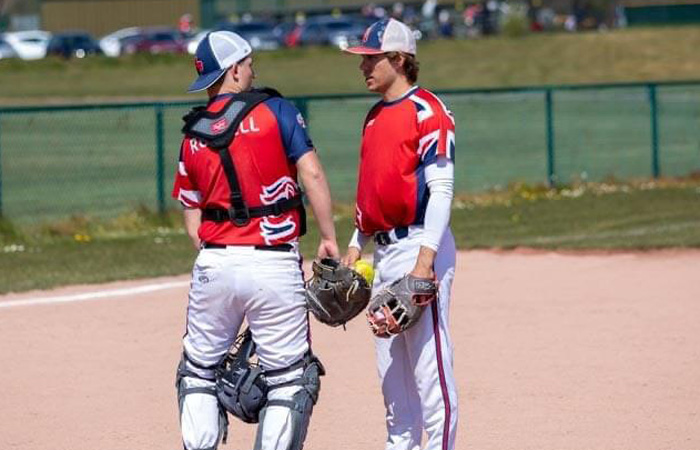 Following trials for the full GB Men’s Fastpitch programme on Sunday 20 March at Farnham Park, selections have been announced for the GB Senior and

Selections for the GB Under-18 Men’s Team, which does not have an official competition this year, will be announced at a later date.

The trials were a great day of softball, with than 30 players across all age groups taking part.  Testing and drill work in the morning was followed by scrimmage games in the afternoon, with coaches trying out different combinations of players.

The GB Under-23 Men’s squad has been selected to compete in the inaugural European Under-23 Men’s Fastpitch Championship in Sezimovo Usti, Czech Republic, from 6-9 July.

The tournament will also be a Qualifier for the inaugural WBSC Under-23 Men’s Fastpitch World Cup, to be held in Argentina in October 2022.

With only four countries – the Czech Republic, Denmark, Israel and GB – entered in the European Championship, and with two places available for Europe in the World Cup, the GB Team will have a major target to aim for.

The following players have been named as Non-Travelling Reserves:

The squad will be supported by the following staff:

Prior to the European Championship, the team will play a match against the Swedish Senior Men’s Team on the weekend of 28-29 May when Sweden travel to Farnham Park for an international series of games against the GB Seniors, the GB Under-23s and an invitational team.

The GB Under-23 Men will also be playing together this season in the Great Britain Fastpitch League (GBFL) as the Eagles to help with their preparations for the European Championship.

As there is no European Championship for the GB Senior Men’s Fastpitch Team in 2022, the team will be hosting Sweden on 28-29 May at Farnham Park. The squad selected, which includes six players from the GB Under-23 team, is:

The following players have been named as Reserves:

This squad will be supported by the following staff:

Players within the squad will also be taking part in the GBFL across a number of teams in the Men’s Division.