Pride in Softball brings inclusion - and lots of colour - to Birmingham!

A misty morning on Saturday, 18 September turned into blazing sunshine at Birmingham Baseball Club’s ground for the inaugural Pride in Softball Birmingham tournament. The backstop was decorated with colourful bunting and rainbow flags galore, and music blasting gleefully all day – even home plate was given a multicoloured makeover!

The tournament, organised by BaseballSoftballUK’s development staff with the support of PrideSports, was a showcase in support of Pride House Birmingham, a new destination that is “creating a safe space and welcoming, inclusive environment for LGBTIQ+ supporters, athletes, staff, volunteers and organisations at the Birmingham 2022 Commonwealth Games.”

The tournament consisted of the three teams each playing three round robin games of 50 minutes each. Resting teams had the opportunity to practice their swing on the side lines with a bownet and tee, which were set up alongside a bounce back net to keep warm between games. All three squads were able to play six games during the tournament. 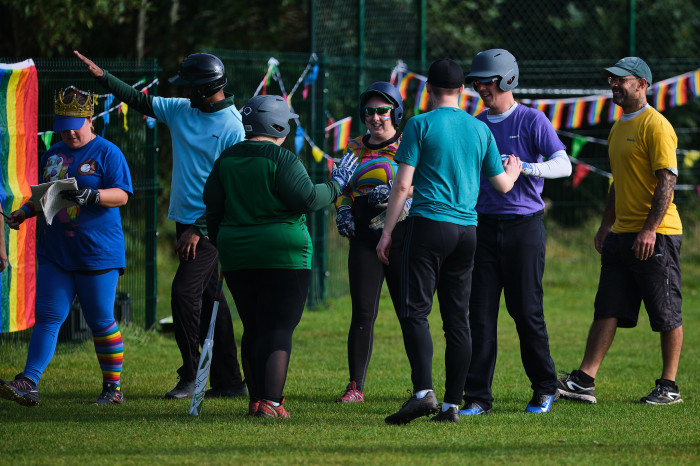 Team captains were each gifted with a BaseballSoftballUK cap and set of BSUK batting gloves as a thanks for organising their teams, and all players got to take home an exclusive Pride in Softball 2021 pin to commemorate the day! 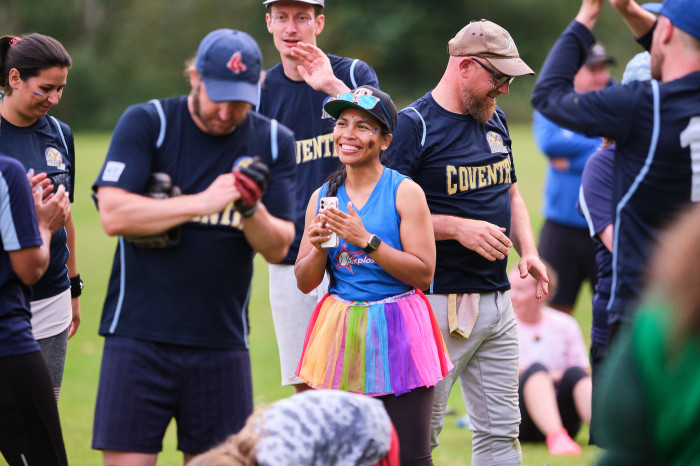 Coventry Blitz Softball Club, who were a huge part of supporting and assisting in the day's festivities, had a great time out on the diamond, playing competitive matches against both opponents on the day.

The teams seemed to be well matched, and all teams ended the day with at least two wins. Despite losing their first two games, Band of Glovers, made up of players from Manchester and Cardiff won their remaining four games to take the championship crown, and had the honour of claiming first place trophy with rainbow ribbon! 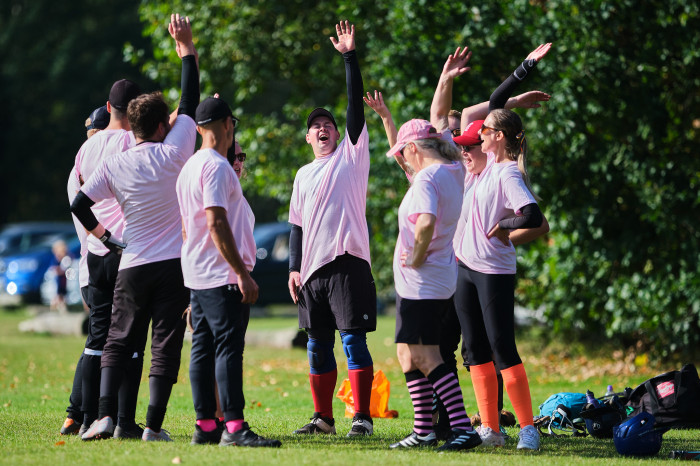 Stéphane Desbois of Band of Glovers player, had a great time, saying, “The most fun I’ve had in forever. This was in my top 3 tournaments of the year!”

“It’s wonderful to see another pride event, celebrating LGBTQ+ people and allies, in the softball community,” said Lou Englefield, Director of PrideSports. “It’s been extra special to have this tournament as part of our Pride House Birmingham initiative, which aims to leave a legacy of LGBTQ+ inclusion in sport and physical activity for the West Midlands following next year’s Commonwealth Games.”

Luis Arrevillagas, BSUK Regional Development Manager and tournament organiser, commented, “Hosting this tournament in Birmingham is a great step in development for us - we have already identified cities to run similar events in for 2022 and we can’t wait! We're very thankful to Birmingham Baseball Club and Bickenhill & Marston Green Parish Council for allowing us to use their venue for this very inclusive event."

Linni Mitchell, North West Coach added, “A big thanks to Lou Englefield from PrideSports for helping us with the setup of this tournament. The players really had a blast today, everyone got into the spirit of the day with glitter and rainbows everywhere you look - I’m really looking forward to running more Pride in Softball tournaments in the future!”