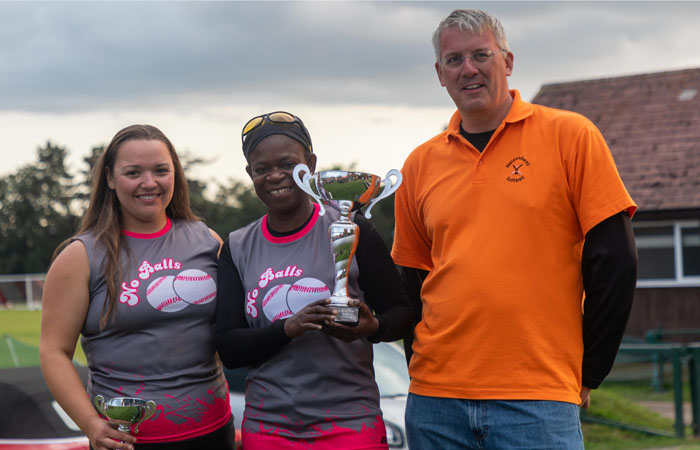 The women’s slowpitch tournament series Chicks with Sticks, run by the Maidenhead Softball Club, concluded on 22 August with the last of three events, and No Balls, who led going into the final day, held on to win the series.

Starting in May, 14 women’s teams competed over three one-day events for the inaugural CWS series title.  Going into this last event No Balls led the standings, but two teams -- the Blitzches and Ladyheath -- could still catch them.

Conditions for the last day provided a sharp contrast to the first two events in May and June.  Overnight rain had soaked the Farnham Park fields, making them very heavy underfoot, and the dull and overcast conditions were totally unlike the 30-degree heat of the first event. 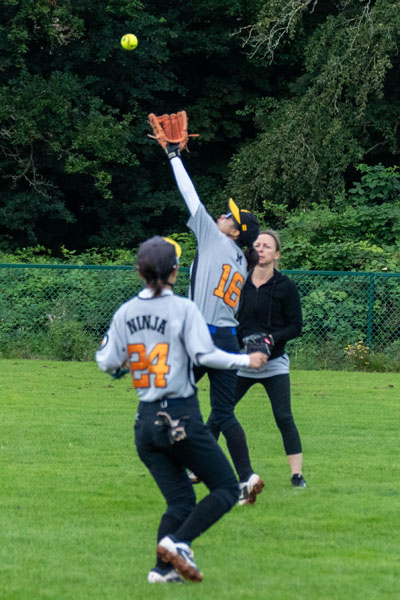 A little water was not going to stop the women playing, however, and the round-robin phase started with only a small delay while the pitches were made playable.

The three leading contenders all got off to winning starts, with No Balls beating TV Twisters while Ladyheath saw off ScorcHers and Blitzches edged past the Reading Blue Ballers.

The Panthers, who had made it to a semi-final in each of the previous two events, also staked their claim for a Cup run with a win over Whales.

The second set of games pitted the four Cup contenders against each other and No Balls overcame the Panthers while Ladyheath took care of Blitzches.

In the race for the Plate, TV Twisters beat Whales and Reading Blue Ballers beat ScorcHers.

On drying pitches, the round-robin stage ended with no major surprises.  No Balls and Ladyheath won their groups and avoided each other in the semi-finals, while Panthers and Blitzches joined them in the Cup.

Thanks to their second-game wins, TV Twisters and Reading Blue Balls went into the Plate semi-finals to face the two winless teams, Whales and ScorcHers.

The Cup semi-finals were high-scoring affairs, with No Balls having the tougher encounter as they had to come from behind after trailing for most of their game against Blitzches.

The Panthers pushed Ladyheath but could not break their semi-final hoodoo as they lost for the third straight time at this stage.

In the Plate encounters, TV Twisters fell to a surprise defeat against the previously winless ScorcHers in a close 16-13 game.  But Reading Blue Ballers had little trouble against Whales and the team from Wales went home winless.

Both finals lived up to their billing and were worthy of a series finale.

In the Plate final, Reading Blue Ballers edged out ScorcHers 10-6, a win that propelled the Blue Ballers to seventh in the final series standings.

In an even more epic encounter in the Cup final, Ladyheath beat No Balls 10-9 to secure their first Cup win and prevent a No Balls clean sweep. 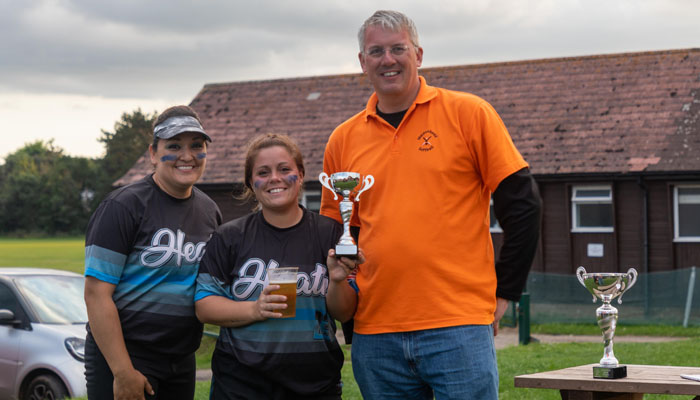 Despite defeat in the final, however, No Balls did enough to ensure Ladyheath couldn’t catch them and finished with a 13-point lead in the series standings.  However, their win in the final was enough for Ladyheath to hold off Blitzches for second place in the standings.

And so the inaugural CWS series ended.  Fourteen teams played over the course of the series and with the feedback predominately positive, plans are taking shape to bring the series back next year, hopefully with more teams able to take part.