GB’s Georgina Corrick voted US college Pitcher of the Year 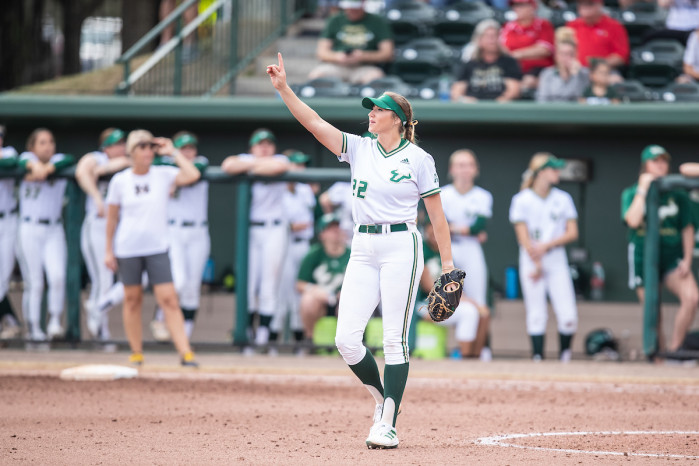 GB Women’s Team pitcher Georgina Corrick may have narrowly failed to win the US College Player of the Year award, but she has now been voted the Softball America and Schutt Sports/NFCA Division I National Pitcher of the Year.

This was Georgina’s final year pitching for the University of South Florida (USF), and she had an unbelievable season, shattering a number of school and American Athletic Conference (AAC) records in the process.

This led to Georgina making the top-three shortlist for the US College Player of the Year but, in the end, that award went to slugger Jocelyn Alo from the University of Oklahoma.

However, plenty of other honours have come Georgina’s way.  She was named a first-team All-American by the NFCA, D1Softball and Softball America; was a Honda Sports Award for Softball finalist, the American Athletic Conference Pitcher of the Year and was voted a member of the CoSIDA Academic All-America Team of the Year.

FSU Head Coach and former Team USA Head Coach Ken Eriksen said, "Georgina will be the first to tell you that her teammates and her support staff deserve a lot of credit, and that should tell you who she is – a person who, when her softball career is over, won't necessarily have needed the game to define her as a person.

“However, she is an incredibly talented player that happens to pitch extremely well.  Talent is one thing but combine that with the work ethic (physically and mentally) that she possesses and we can see why the recognitions keep coming for this incredible young woman."

Georgina will be heading to Europe in July to join the GB Women’s Team training camp that will be held at Farnham Park and the National Sports Centre at Bisham Abbey before the team flies to Sant Boi, near Barcelona, for the European Women’s Championship that begins on 24 July.

The GB Team will be looking to Georgina to help them win a medal and earn a place in Group Stage rounds in 2023 that will qualify national teams for the 2024 WBSC Women’s World Cup. 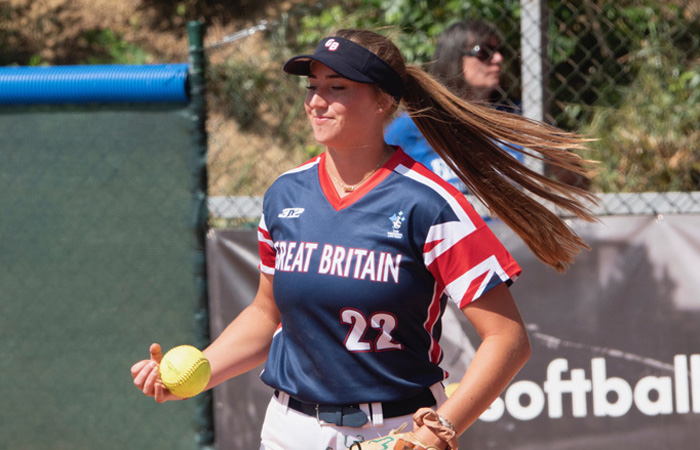 Georgina finished her senior season with a 37-5 record, leading the USF team to an NCAA Regional appearance.  She threw 21 shutouts over the course of the season and allowed only 20 earned runs, resulting in a sparkling 0.51 ERA in 274.1 innings pitched.

The GB ace led US college pitchers in ERA, innings pitched, shutouts, strikeout-to-walk ratio (12.29:1), strikeouts and victories.  As the mainstay of the USF pitching staff, she helped the team rank fourth in the country in ERA and second in shutouts, behind only national champion Oklahoma.

During the 2022 season, Georgina threw two perfect games: against Florida A&M on 6 March and Houston on 30 April, and also pitched a no-hitter against East Carolina University on 2 April.