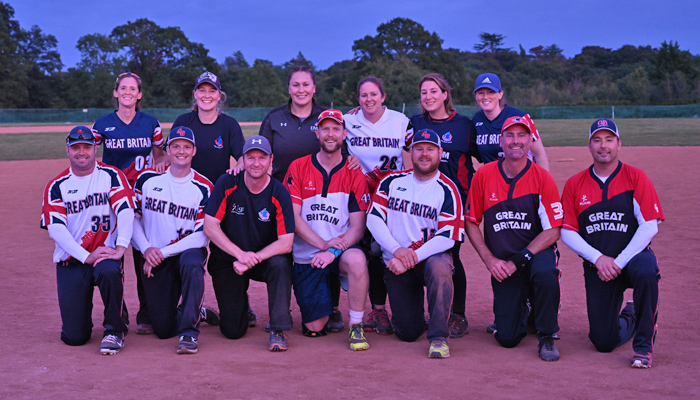 After many years of trying to win the BSF’s Softball World Series and coming up just short, often as losing finalists, the GB Masters finally realised their dream with a monumental come-from-behind 27-26 win over Team USA in the Trophy Final at Farnham Park on Sunday 19 September.

But a final five-run rally got Roger Grooms and his team of current and former GB Slowpitch players over the line and stopped Team USA from their fourth World Series win in five years (not counting the lost year in 2020 when the tournament was cancelled due to Covid).

Meanwhile, there was another first-time winner at this 22nd edition of the Softball World Series when Japan captured the Plate competition with a 16-1 rout of four-time former Trophy winners Anzacs in the Plate final, Japan’s highest-ever finish in the competition.

After coming fourth in their first-round group on Saturday and just failing to get into the Trophy competition, Japan didn’t lose a game on Sunday, storming through the Plate round-robin and Page Playoffs with five straight wins.

One of those wins was a tense 9-7 victory over the Anzacs in the 1v2 Page Playoff game, so Japan’s 16-1 win over the same team in the Plate final was unexpected.  But it will have come as a great joy to Hiro Onishi and the Japanese team, who have been ever-present in the Softball World Series pretty much since the tournament began and have been one of its most loyal and enthusiastic supporters. 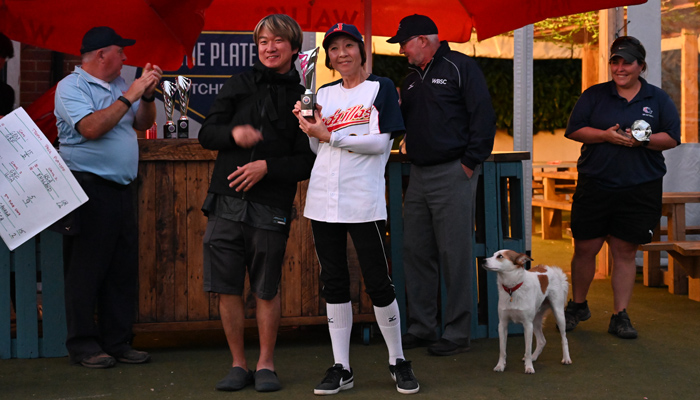 After forcing the cancellation of the 2020 Softball World Series, the Covid pandemic still left its mark on this year’s edition.

None of the six teams from Europe that had signed up for the competition were able to attend due to testing and travel restrictions, making it the first time the World Series was an all-domestic event and reducing the field to 12 teams in the first year that the tournament was played at Farnham Park.

But that didn’t keep the 2021 World Series from being an exciting and well-played affair, with a number of thrilling one-run games and a Trophy final that was one of the best in the competition’s history.

Many thanks are due to the three teams that were formed over the past few weeks – the Welsh Exiles by Dave Jones, GB Universities by David Hurley and the Rest of Europe by Kat Peters – to bring up the tournament numbers and help create a balanced competition.

And here's hoping that European teams can return next year! 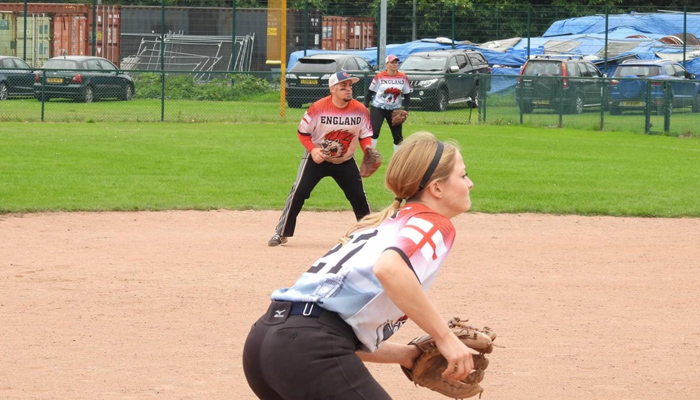 The tournament began on Saturday with the 12 teams playing in two seeded groups, with all teams having a chance to reach the Trophy competition on Sunday.

In the event, however, the seedings were almost entirely accurate.

Both the top-seeded GB Masters in Group A and England in Group B stormed through their initial round-robins without losing a game.  The GB Masters had just one fairly close contest -- an 11-8 win over USA -- while England’s toughest game, surprisingly, was a 16-12 win over the Welsh Exiles.

The Exiles didn’t win a single game over the course of the tournament until their fifth-place playoff game with the Rest of Europe at the end of the day on Sunday, at which point the Welsh broke their duck with a 19-16 triumph.

The one team that defied the seedings and reached the Trophy competition when they weren’t expected to do so was the ever-mercurial Canada, who posted three wins in five games on Saturday in Group B, including a 12-6 victory over the once-mighty Anzacs. 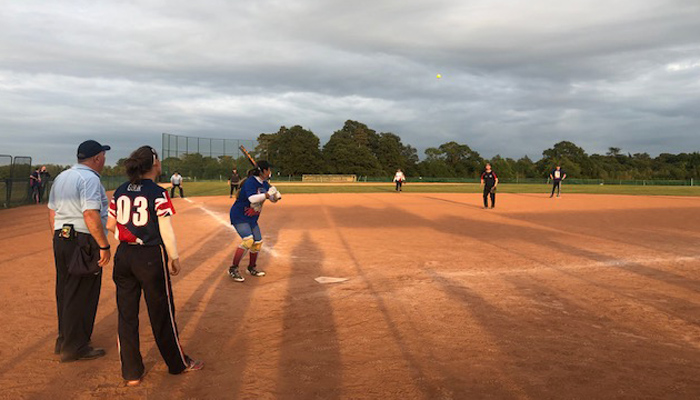 On Sunday, with the tournament now split into six-team Trophy and Plate competitions, each group played a full round-robin – but where teams had already met on Saturday, these scores were carried forward and counted as played games.

The point of the round-robins was to qualify four teams in each competition for the Page Playoffs, while the two bottom teams in each group would play a fifth-place placing game.

In the Trophy competition, two one-run games were decisive in setting up the Page playoff seedings.  An 11-10 loss by Team USA to GB Futures and a 10-9 win by GB Masters over England sent GB Masters and GB Futures to the double-elimination 1v2 game while England and USA had to play the single-elimination 3v4 game. 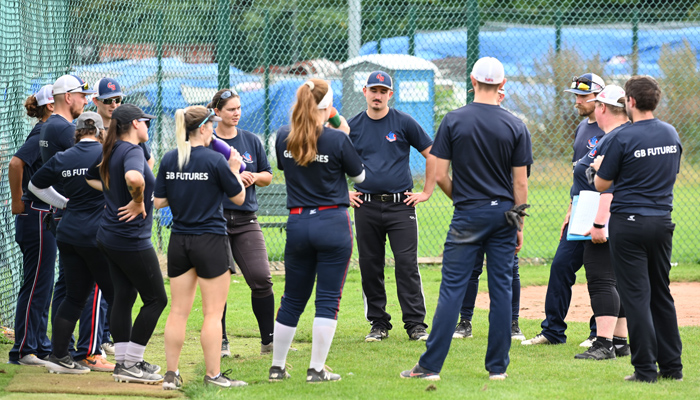 In the Plate competition, one-one thrillers were also key to setting up the Page Playoff line-up. 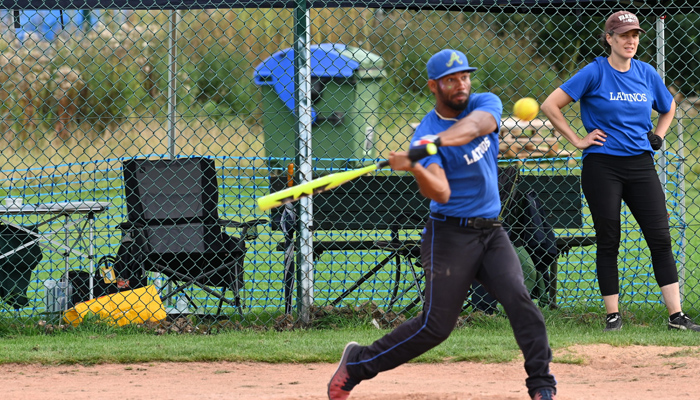 Full playoff results are set out below. 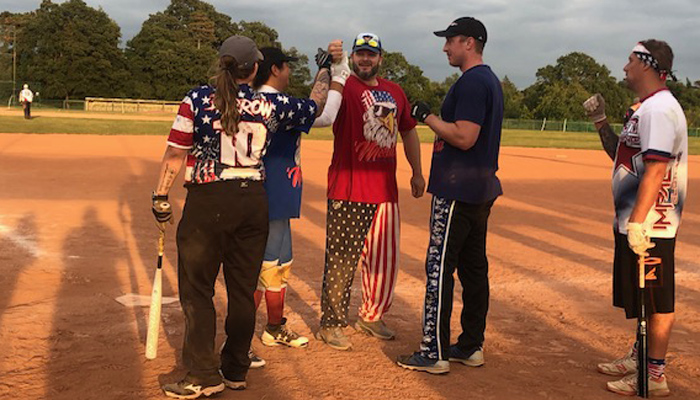 The Trophy final between GB Masters and Team USA was the kind of game that only high-level slowpitch softball can produce, where there is no lead that can’t be overcome if a team has enough willpower and belief.

But both of these must have been seriously dented in the GB Masters dugout after two-and-a-half innings had been played and USA led 18-1.  The GB Masters had played in this kind of final before at the World Series, and the outcome had never been good.

The Americans started the game with nine runs on 10 hits in the top of the first inning, the first six hits coming in a row at the start of the inning off veteran GB and GB Masters pitcher Roger Grooms.  GB Masters could only answer with a single run, on a sacrifice fly by Danielle Atkinson.

Three more American runs were posted in the top of the second inning on an RBI double from Aaron Allen and RBI singles from Tara Feeney and Kevin Quincey; GB Masters followed by going up and down in order.

In the top of the third inning, the USA moved on from singles and doubles to home runs by Tyler McGoveran and Brian Barrett and posted six more runs to create that 18-1 lead. 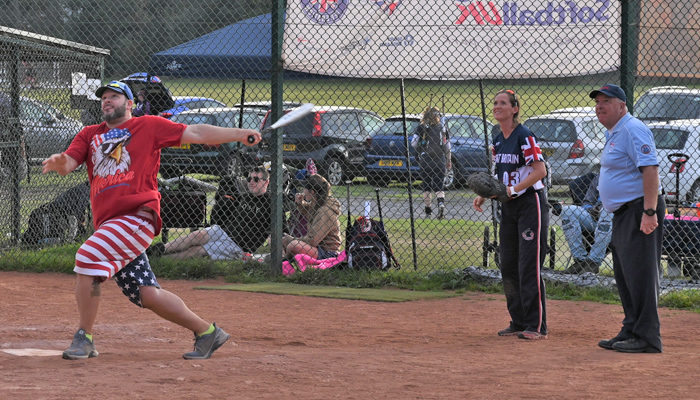 Maybe it was sheer desperation, or annoyance, but the GB Masters finally woke up.  They scored six runs of their own in the bottom of the third inning on the back of home runs by Chris Yoxall and Kelvin Harrison, and the game slowly began to turn in the fourth and fifth innings when the Masters outscored the Americans by 7 to 4 and then 7 to 1.  Had the GB Masters not scored in the bottom of the fourth inning, the game would have ended on the mercy rule -- but instead, after five innings, the score was now USA 23, GB Masters 21 with two innings to play.

As if both teams were exhausted by constantly circling the bases, the sixth inning was the lowest-scoring of the game.  Team USA went up and down in order, and GB Masters scored once.  Going into the final inning, it was 23-22 to USA.

In the top of the seventh inning, the Americans stretched their lead to four runs on a solo home run by Aaron Allen, a triple by Eric Lukazewski, an error and a single by Duncan Waugh.

Would it be enough?  Did the Masters, now trailing 26-22, have one more comeback in them?

Kat Golik and Stewart Butcher singled to open the inning.  Claude Snape lined out to the pitcher, but then Roger Grooms and Kirstie Leach singled and Mike MacDowall tripled to level the score.  That brought up Chelsie Robison and she was able to hit the ball far enough for Mike to score the 27th and winning run on a sacrifice fly.

An outstanding game, and a monumental win for the GB Masters after so many years of trying.

Reflecting on the game, GB Masters captain Roger Grooms said, "This was probably the greatest-ever game I've seen or been involved in during 20 years of playing.  The way we came back from 18-1 down, when literally the only positive at that point was getting home early, to the sheer emotion of winning in the seventh inning is the best single game experience I've had in softball.  We were well aware of the disappointment of losing the previous four finals and when that winning run crossed the plate in the bottom of the seventh, the delight of everyone on a very close-knit team was fabulous to see.  I'm so proud of everyone on the team for the way we played all weekend, but also a special thanks to Duncan Waugh and his USA team who were incredibly gracious and respectful after the game, which also shows the great camaraderie in British softball." 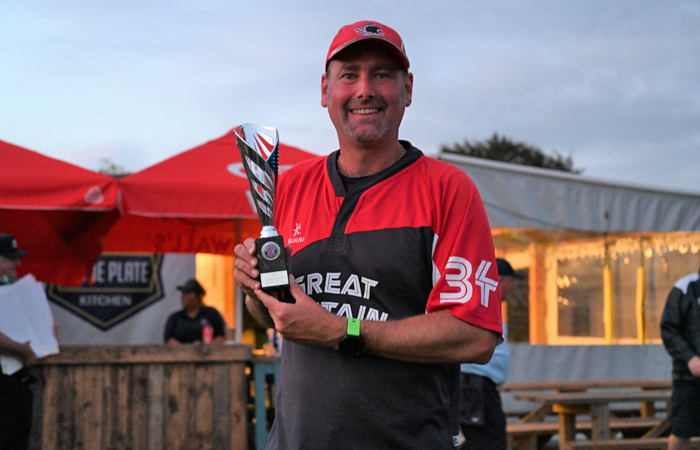 Here are the scores from the final stages of the tournament -- the Trophy and Plate Page Playoffs: 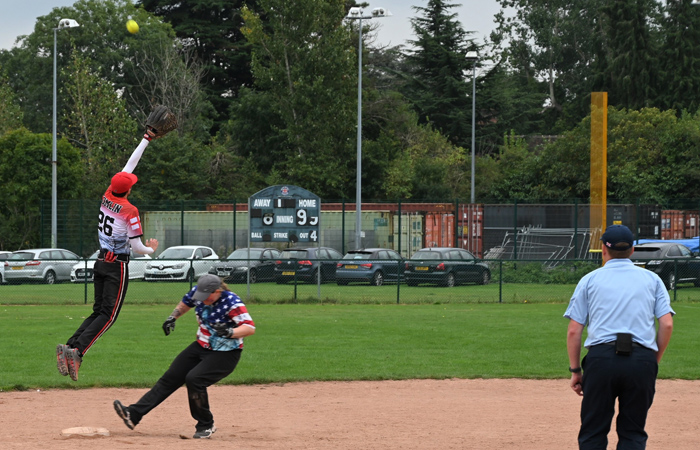 Final standings in the 2021 Softball World Series were: 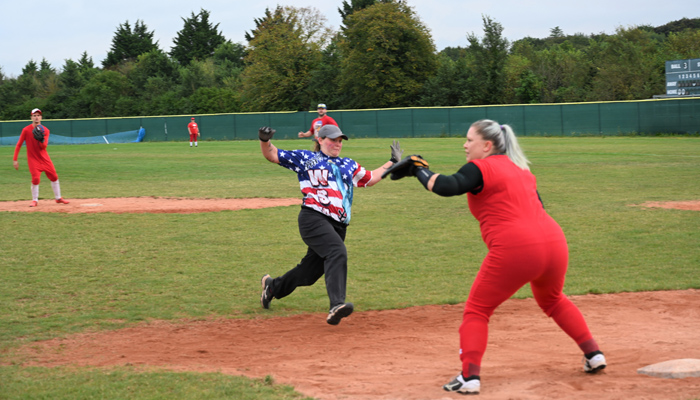 The list of World Series winners since the tournament began is: