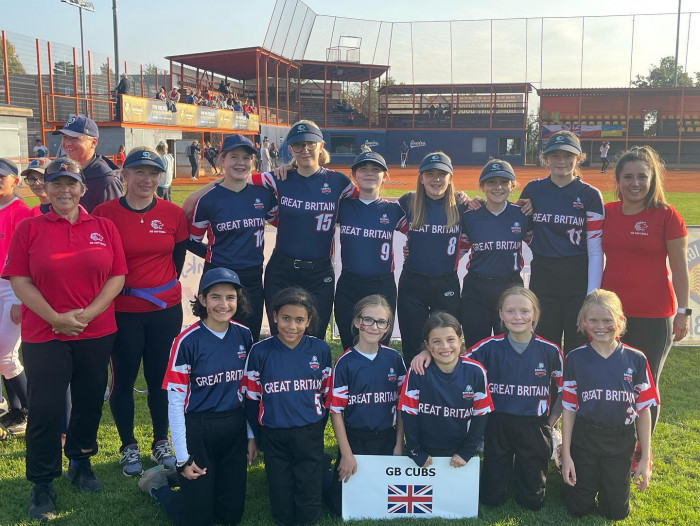 On 6 October, a team of 12 Under-13 girls travelled from Britain to Prague to play in the inaugural Joudrs Under-13 Cup.

The team then had three days of play against teams from the Czech Republic, Poland and Ukraine. Players ranged from nine to 13 years of age and for five of them this was their first fastpitch tournament.

On the weekend of 1-2 October, during the last GBFL Under-14 League weekend, a game was played with no restrictions to help prepare the girls, and the players had a pre-tour camp day on 6 October before travelling that evening. 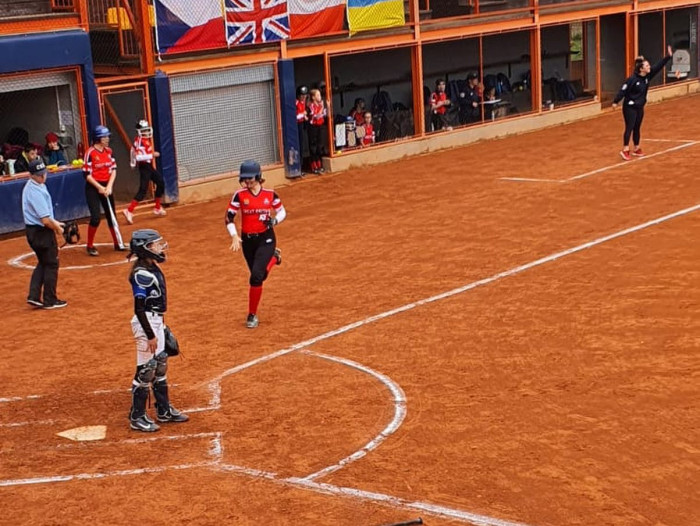 In Prague, the team played three games on Friday, two on Saturday and two on Sunday.  The aim of the tournament for the Cubs was to give playing time to all the athletes, getting them as much exposure to the game as possible, with no expectations regarding results.

Games were played with an 11-inch softie ball and if the batter was awarded four balls then the coach came in and did soft toss.  If you missed two soft-tossed balls then you were out.  Innings were capped at six runs.

During the Opening Ceremony on Friday evening the youngest player of the tournament was asked to throw the opening pitch.  This honour fell to Cubs player Jasmine Gingles and she did a good job.

The girls developed as a team over the three days of play, helping each other improve and supporting each other on their journeys.  This showed in their game play from Day 1 to Day 3 as players settled into their positions.

The team came home from the tournament with five losses, two wins and a lots of firsts.  We scored in all our games except one and so much more than the game of softball was learned on this tour.

The players returned home with life-long memories, new friends and hopefully a love for a game that a year ago some had not even discovered yet. 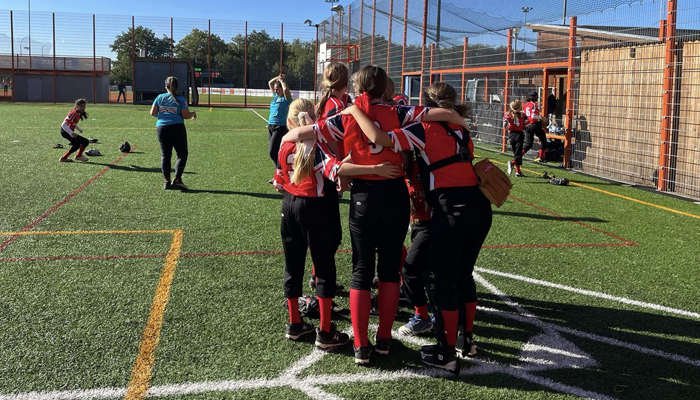 The players that travelled to Prague were as follows:

The staff that attended the tournament were: