The US military-based BBK (BeBe's Kidz) Slowpitch Softball Club in Germany, which sends a team to our Softball World Series every year, has issued a European-wide challenge to softball teams to raise money for children's charities of their choice.

BBK Softball has decided to donate one euro for every home run their players hit in tournament games during the 2011 season, and they are challenging all slowpitch and fastpitch teams in Europe to take part in their 2011 Home Runs for Kids campaign. 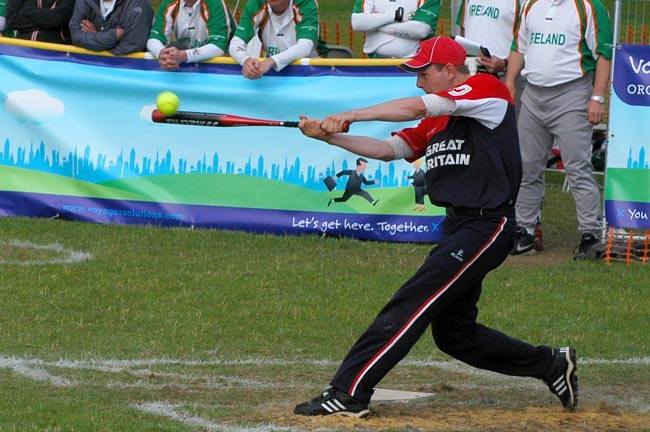 The idea is for every team to select a good charity that benefits children, such as a Children's Cancer Fund, Save the Children or similar. For every home run hit by players on participating teams, the team will donate £1 (in the UK) and at the end of the season the accumulated money will be given to the charity of the team's choice.

The money should be collected after each game by a member of the team who will keep track of how many home runs are hit during the course of the season.

At a conference call meeting on May 5, the BSF Executive gave its support to the idea, and will give an award to the winning team in the UK.

BBK is thinking of having a special European Charity Tournament at the end of the season where more money can be raised and the winner of the challenge (the team that has hit the most home runs and raised the most money in Europe) will be announced.

BBK's Charles Williams said: "This challenge is for a good cause and will shine a good light on softball in Europe and around the world. The intent is to help children. So what will it be, European softballers? Are you willing to step up to the plate...?"

BSF teams that want to take part in the Home Runs for Charity challenge should register with BSF Tournaments Officer .(JavaScript must be enabled to view this email address). Each team will need to supply the name and email address of the person on the team who will keep track of home runs and collect the money, and the name of the charity that the money will go to.

Liz will contact all teams at the end of the season to supply their totals and a UK winner will be declared.