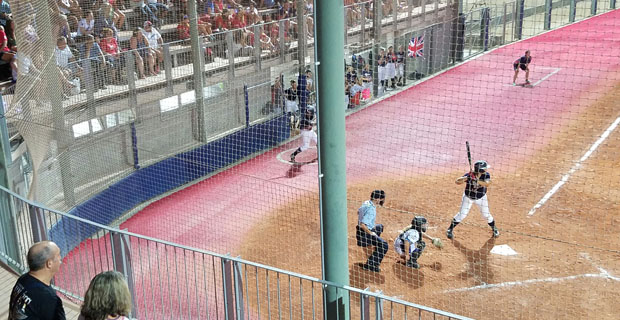 A large number of GB Softball National Teams are planning to compete in European Championships this summer, and the BSF is willing to pay people to cover these tournaments remotely and write daily game reports to be posted on the BSF website.

While the BSF budget for covering its national teams is not enough to send reporters to European competitions this year, it is sufficient to pay people at a rate of £12 per hour (up to a maximum of £300) to write reports based on online play-by-play accounts of GB games, augmented by occasional phone calls with GB coaches.

Ideally, the BSF would like to find a number of softball enthusiasts with good writing and reporting skills and some understanding of European softball tournaments to report on one or more of the following competitions:

The reporter assigned to each tournament will need to look at the play-by-play information on the WBSC Europe website from each game played by the GB Team, either in real time or as soon after the game as possible, and use it to write a report on the game.  The report could be enhanced, at least on some days, by a phone interview with a member of the coaching staff.

Reports should not be overly long, but should summarise the main points of the game and what led to the result, mentioning individual players as required.  This will require some ability to analyse what happened in the game based on the limited factual information in the play-by-play.  The game report should then be given a context in terms of the GB Team’s progress in the tournament, upcoming games, and where the team hopes to finish in the tournament standings.

Each report would need to be sent, as soon as completed, to BSF Administrator Bob Fromer for posting on the BSF website.  All reports would need to be written and sent before 10.00 pm (and earlier if possible!) on the same day as games are played.

GB Fastpitch Teams will play at least one game on each day that their tournament runs and sometimes two; GB Slowpitch Teams will generally play two games a day.  Where the team plays more than one game a day, both games can be included in a single report.

Anyone interested in being considered for a role as a European Championship reporter this summer should contact Bob Fromer to say why you are interested in doing this.  Please list the three tournaments you would most like to cover in order of preference, and indicate whether you would be prepared to cover more than one tournament over the course of the summer.

You should attach or include something you have written, preferably about sport, in your email.

The BSF will look forward to hearing from you!