A grant of £10,000 has been made to the British Softball Federation under the Sport England Small Grants scheme to support a three-year programme of youth fastpitch development, with delivery organised largely by BSUK.

Match funding will come from the BSF, which has committed £5000 to be spent in 2012 and 2013; from BSUK, which is committing staff time to deliver programme sessions; and from Local Authorities involved in the programme, who are chipping in money for equipment.

Under the terms of the Small grant scheme, however, the entire £10,000 from Sport England has to be spent over the next 12 months. 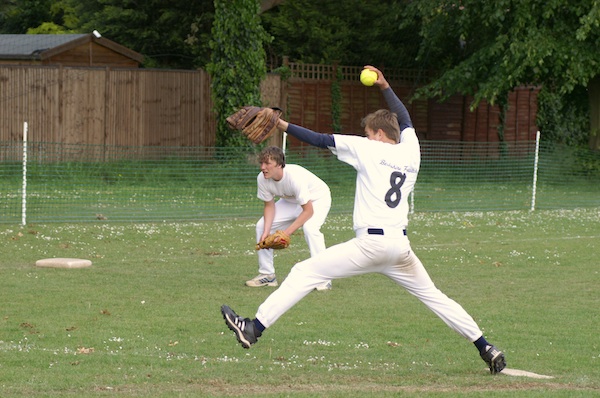 The programme will begin this month, organised by BSUK's South East Regional Coach and Club Development Officer Stan Doney, and will be carried out through schools and after-school programmes in South West London and in different areas of Oxfordshire.

About 20% of the Sport England grant money will be spent on softball playing equipment, while the rest will support the delivery of after-school sessions and competitions and the progression of new players to Academy Softball.

The grant application was put together and submitted by BSUK on behalf of the BSF, and it arose from concern on the part of the GB Management Committee that not enough new players -- especially girls -- were coming into youth fastpitch programmes to replace players who had been participants in Academy and GB programmes for a number of years and were beginning to age out.

Very little money has been available for school-based youth development programmes, especially for fastpitch, and Sport England recognised this gap in awarding the grant to the BSF.

The programme is designed to involve up to 600 new players from primary and secondary schools in Year 1, and has been enthusiastically welcomed by schools in Richmond and Kingston in South West London, and in South West and North East Oxfordshire.