BSF announces changes to NSL and Nationals in 2022 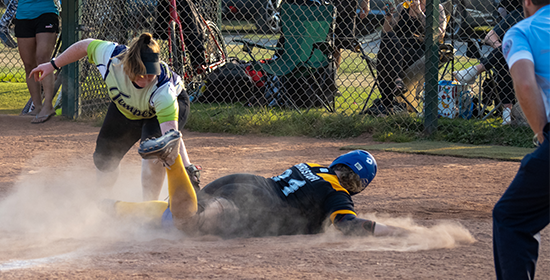 The BSF Executive is announcing a major change to the way the National Softball League (NSL) will be run, starting in 2022, and has also agreed on

In 2022, the National Softball League will add a third division – an eight-team NSL3 league -- and will be played as a stand-alone event at Farnham Park, rather than being part of the Diamond Series.  NSL league games will be held mainly on three weekends: 21-22 May, 4-5 June and 9-10 July.

However, on the weekend of 9-10 July, only NSL2 and NSL3 teams will compete, with the third weekend of play for NSL1 moved to 23-24 July.  This is to avoid a clash with the European Co-ed Slowpitch Championships, in which a number of NSL1 players will be involved.

There will be a National Championship weekend for NSL1 and NSL2 on 3-4 September, involving the top eight teams from the 12-team standings in each division.  The NSL3 Nationals, however, will be played on 9-10 July, with all eight teams involved.

All NSL league play in 2022 will be run by BaseballSoftballUK on behalf of the BSF and any profits made will be invested in upkeep and improvements at Farnham Park.

The 2022 Diamond Series will be played on three other weekends at Farnham Park, with those dates to be published soon.

The BSF is also hoping to start an eight-team NSL4 division, but a limit on the number of grass pitches available at Farnham Park this season due to refurbishment work on the part of the Local Authority means that NSL4 will have to wait until 2023.

There will be two-up and two-down between all three NSL levels after the 2022 league schedule has been played, with the bottom two teams in NSL3 dropping down to NSL4 if that division is constituted for 2023.  Otherwise, those two teams will need to wait a year before they can re-apply for NSL3.

Game slots in all NSL leagues will be 65 minutes with full counts – which should achieve the same improvement in innings played as seen in a trial last year involving 60-minute games played with “one-and-one plus one to waste”: an improvement of about an inning per game.

In all three NSL leagues, if the visitors are ahead in the top of the last inning, they will have an option to declare at any point in that inning without completing their at-bat and let the trailing home team have their final at-bat instead.

Entry fees for the NSL are yet to be finalised, but there will be no requirement to pay for all three NSL weekends up front.

Any questions about how the NSL will work in 2022 should be sent to BSF Competitions Officer Liz Graham. 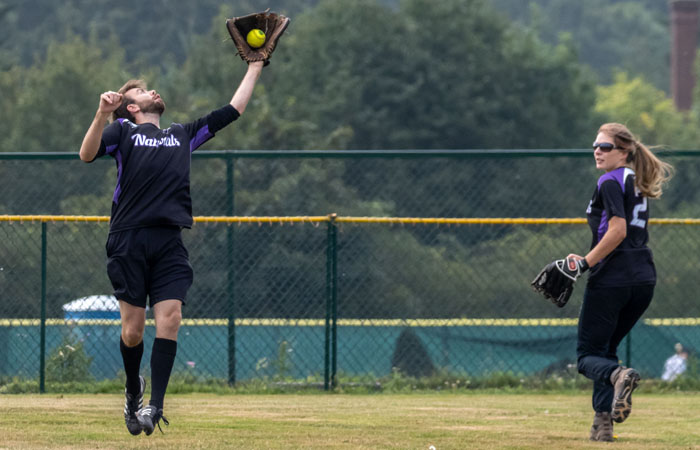 With regard to Co-ed Slowpitch National Championships in 2022, the BSF Executive has tightened the qualification rules for the League Nationals, to be played on 6-7 August, and removed some placing games for the NSL Nationals, scheduled for 3-4 September.

Qualification rules for the BSF Co-ed Slowpitch League Nationals were relaxed in 2021 to take account of Covid, and there was a suggestion that this may have left too many loopholes for teams to exploit.

So the qualification rules have been revisited for 2022 and are as follows:

The BSF Executive has decided to do away with placing games for Places 5-8 at the NSL National Championships.

This will prevent teams with no chance of a medal in the competition having to wait for long periods to play a final game that many would consider meaningless.