Glorious wall-to-wall sunshine provided the backdrop to the 31st Edinburgh Festiball, contested by 31 teams from the UK and Europe at Meadowmill Sports Centre on 27-28 August.  A team from Jersey and two teams from Bristol went home with the top prizes.

The tournament included the presentation of trophies to long-time Scottish coaches Jim and Karen Murray, who were inducted into the BSF Hall of Fame earlier this year. 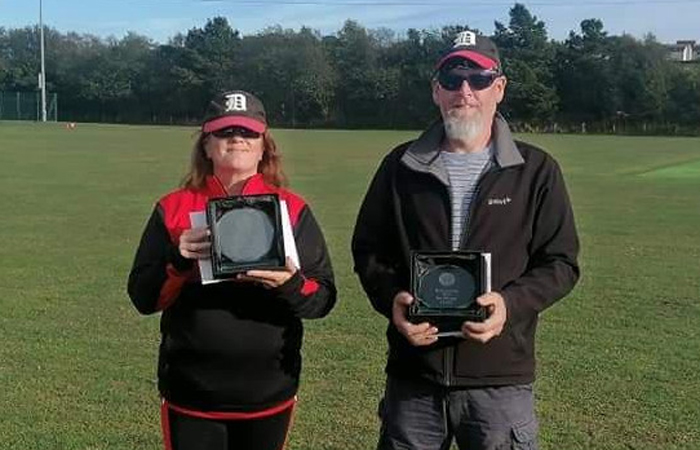 The nine teams in the Comp Division played a full round-robin, and then split into three sections, based on the round-robin standings below, to determine Cup, Trophy and Plate winners.

The teams finishing first, fourth and seventh in the table went directly to Cup, Trophy and Plate finals respectively, while the other two teams in each section played a semi-final to see who would be the other finalist.

The round-robin standings, showing wins, losses and draws, were as follows:

Though the Skywalkers from Belgium lost all their games in the tournament, many of their games were close and they definitely plan to return to the competition in future!

In the Cup Competition, the Tigers defeated the Greensox 14-4 in the semi-final, and then went on to defeat the Travelling Dodgers in a 13-12 thriller in the final.

The score in the final was 4-4 at the start of the sixth inning, but by the end of the frame the Travelling Dodgers had forged into a 12-9 lead.  Nothing daunted, the Tigers roared back in the seventh inning to score the four runs needed for the win. 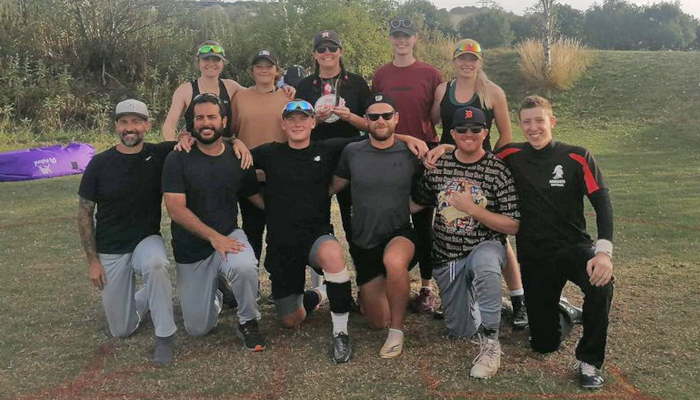 A video of the final, shot by Rebekah Kay, can be seen here: https://www.youtube.com/watch?v=t-KogSF6LDU&t=505s.

In the Trophy Competition, the Souls defeated the Honey Badgers by 19-11 in the semi-final and then went on to defeat the Spittin’ Camels by 15-11 in the final. 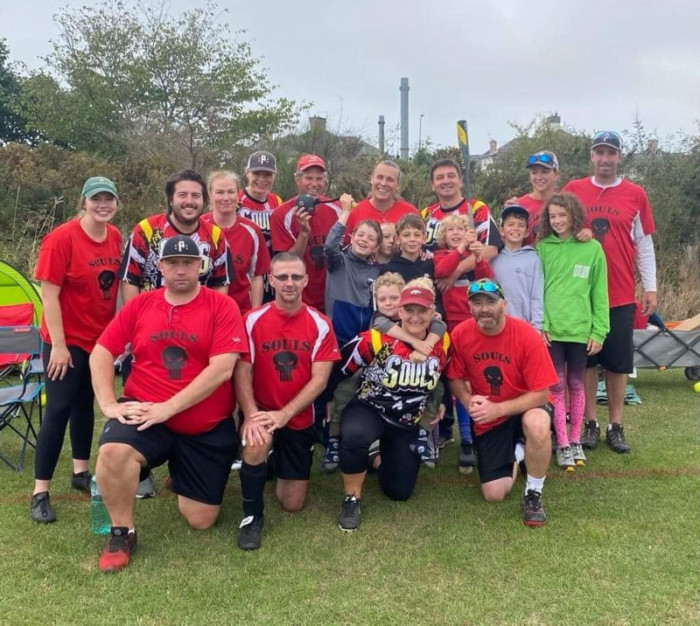 In the Plate Competition, the Mavericks edged past the Skywalkers by 11-10 in the semi-final but then fell to the Hairy Coos from Glasgow by 14-7 in the final. 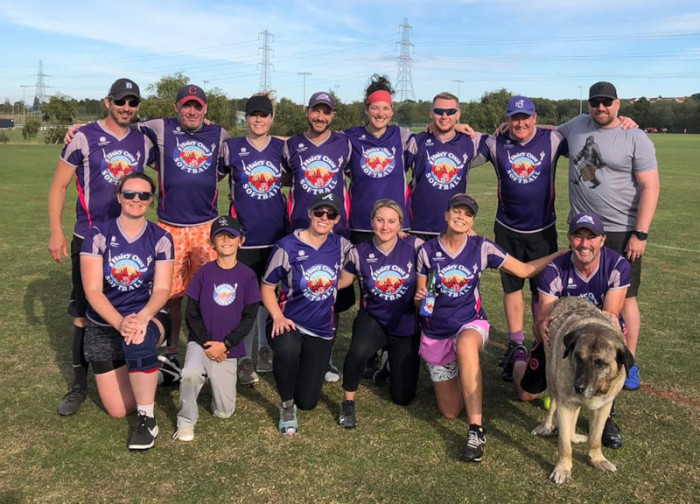 The Intermediate Division consisted of 10 teams, split initially into two groups of five.  All teams played a full round-robin within their group plus three crossover games.

The group standings, showing wins, losses and draws, were as follows:

In the Cup Competition, Mouserat defeated the Space Cowboys by 15-12 in one semi-final, while the Thundercats took care of the Dalmeny Dodgers in the other semi-final by 10-4.

Thundercats continued their winning ways in the final with a thrilling 17-16 eight-inning win over Mouserat. 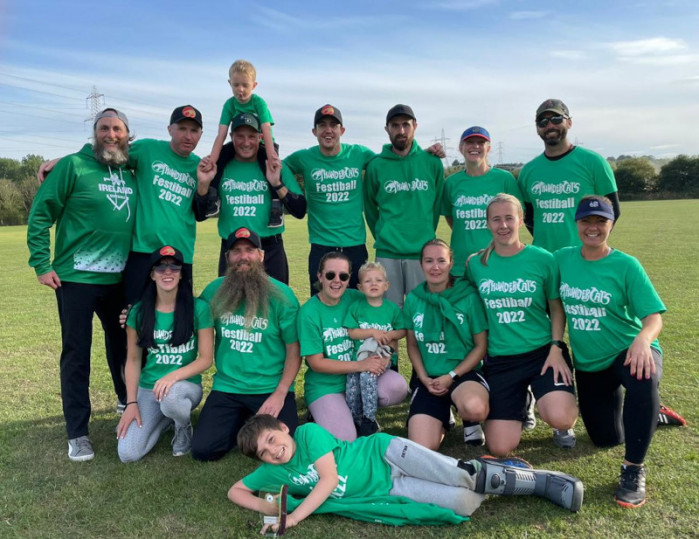 In the Trophy Competition, the Storks defeated the Sharks by 10-9 in one semi-final, while the Sons of Pitches had an easier time with the Dazzlers in the other semi-final, winning by 19-8.

In the final, the Sons of Pitches prevailed over the Storks by 10-7. 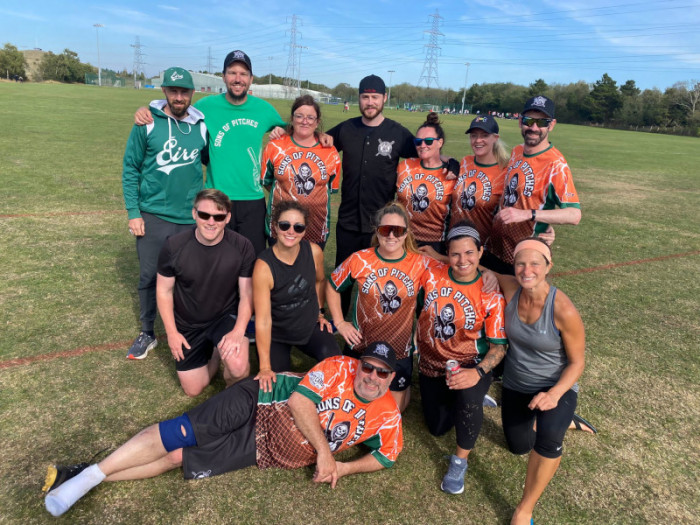 The Plate Competition consisted simply of a final, where the Chargers defeated the Cheeky Monkeys by a score of 15-10. 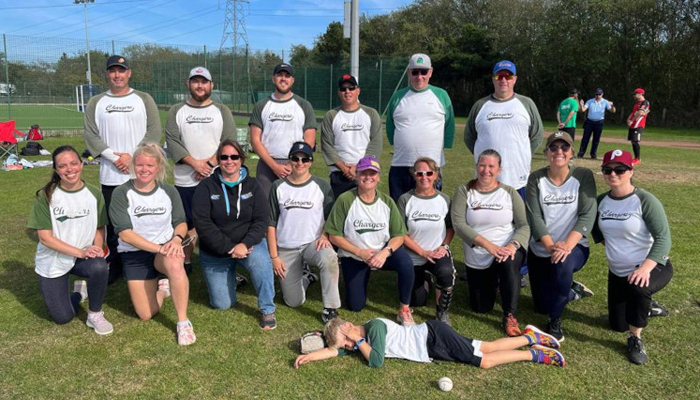 The Festiball’s Rec Division consisted of 12 teams, split initially into two round-robin groups of six teams each.  All teams played a full round-robin within their group plus two crossover games.

The group standings, showing wins, losses and draws, were as follows:

Results in the Burns Cup Competition were: 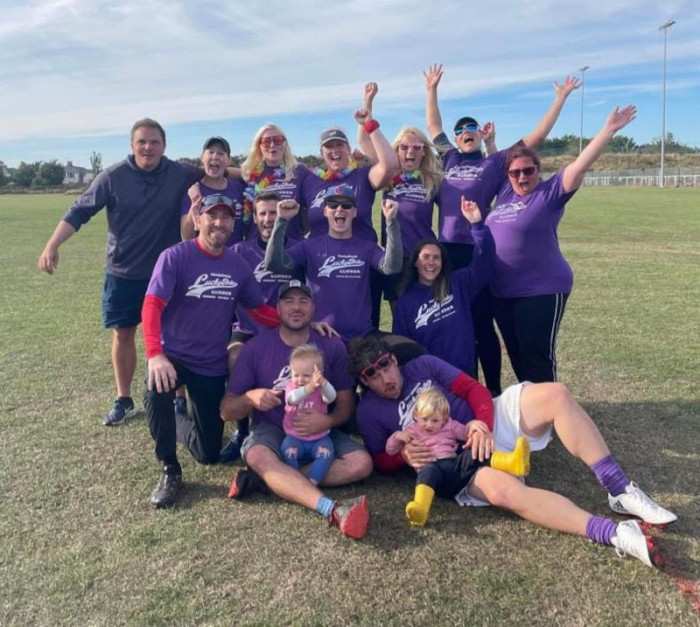 Results in the Burns Trophy Competition were: 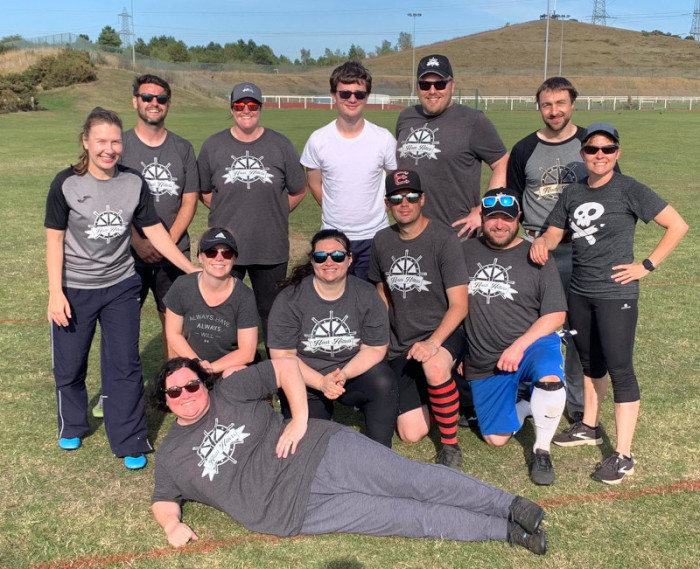 Results in the Burns Plate Competition were:

The 2023 Edinburgh Festiball will be held on the weekend of 26-27 August – hopefully with the same weather but with less rubbish in the streets of Edinburgh!

Registration will open on 1 Feb 2023 on https://festiball.com.