The 2021 European Co-ed Slowpitch Super Cup was played in Sofia, Bulgaria from 2-7 August, with no representatives from the UK able to compete due to Covid issues.  The tournament was won by Wayne’s Pardubice from the Czech Republic. 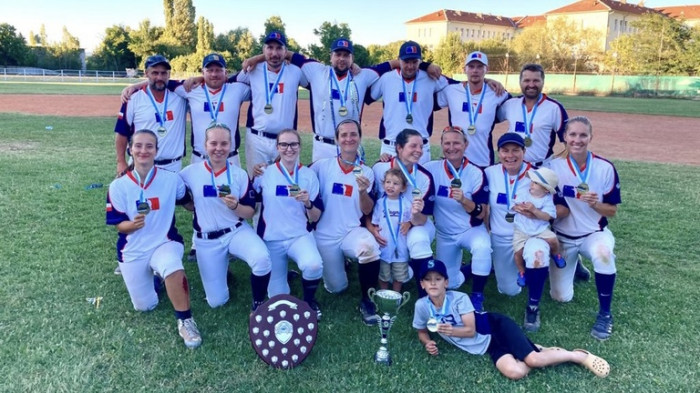 In a thrilling final on Saturday 7 August, the Czech team defeated the UCE Travellers from Germany – former winners of the tournament – by a score of 18-17.

The bronze medal was won by the oddly-named EastPro/StokesBBQ from the Netherlands.

Three British teams – the defending European Super Cup Champion Pioneers, the 2019 National Champion Knights and two-time European Super Cup winners Chromies – had been due to attend the tournament but all were forced to withdraw due to Covid issues and regulations.

Sixteen teams had originally signed up for the tournament, but in the end only nine teams were able to take part, including a team from the United Arab Emirates!

The final standings are below: 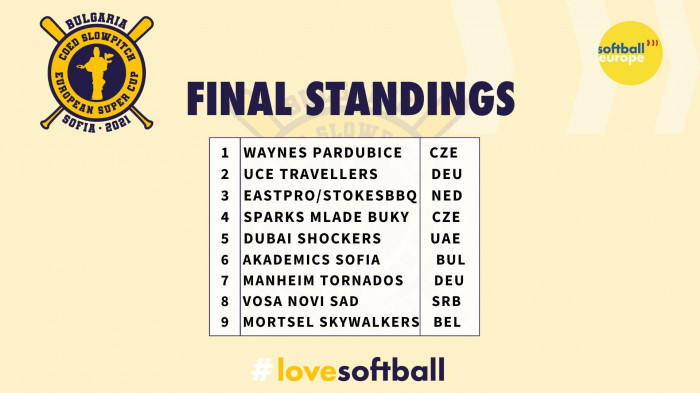