What better way to spend yet another Bank Holiday weekend -- especially with so few slowpitch tournaments available -- than to take in some exciting fastpitch action at the London Cup, an international tournament to be hosted by GB Softball and the London Fastpitch Softball League at Richings Park Sports Club on the weekend of May 28-29. 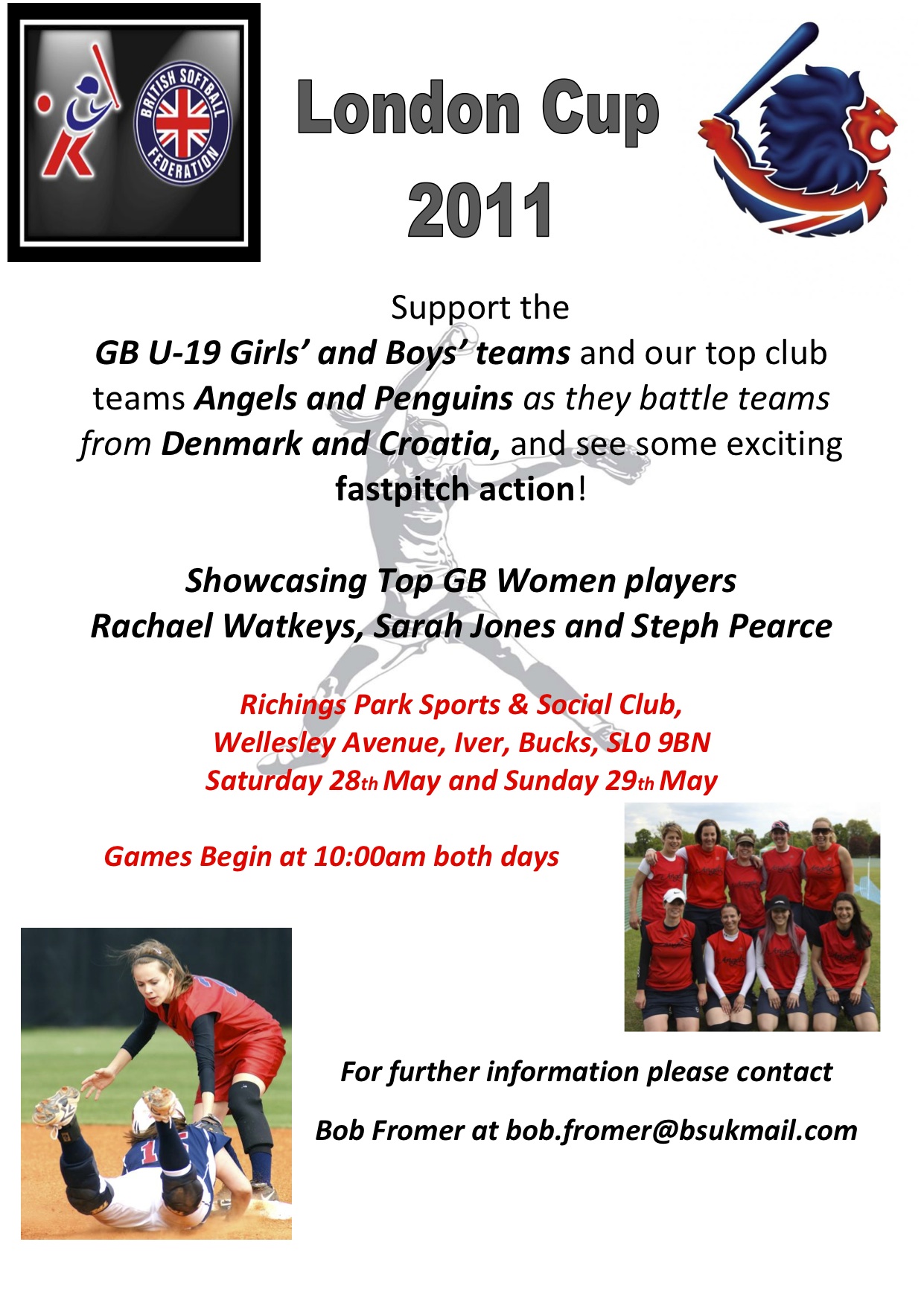 The tournament, mostly for women's teams but with the GB Under-19 Men's Team included to give them some games before they play in European Championships this summer for the first time since 2004, will also feature the Danish National Women's Team, a representative team from Croatia, the GB Under-19 Women and our leading women's club teams, London Angels and Richings Park.

Playing for the Angels or Richings Park will be a number of players on the GB Women's Team squad, including Rachael Watkeys, Sarah Jones, Laura Thompson, Steph Pearce ank Kelly and Linda Randall.

Games will begin on both days at 10.00 am, and Richings Park Sports Club is located on Wellesley Avenue, Iver, Bucks SL0 9BN, just a few minutes from Junction 5 on the M4.

In addition to some great games, great food will be available on both days, including a BBQ and party on Saturday night.

The London Cup was hosted as an international women's fastpitch tournament in the UK from 2002 through 2006 in locations as diverse as Banbury, Cobham, Barn Elms in London, RAF Fairford in Gloucestershire and Roundshaw Park in Croydon.

The biggest and best London Cup, in 2006, featured the full GB Women's Team plus teams from the US, France Greece, Spain and the Czech Republic as well as British club teams. But lack of funding took the tournament off the calendar for the next four years, until its revival on a smaller scale in 2011.

Fastpitch is definitely on the up in the UK, with an increase from five to twelve teams in the London Fastpitch Softball League this year, and with GB national and club fastpitch teams playing this summer in Oklahoma City, Vancouver, Italy, Belgium, Bulgaria and the Czech Republic.

But the London Cup will be the only chance to see international fastpitch softball on British soil this year, and it should be a great weekend of competition.