The inaugural Let the Boys Play single-sex slowpitch series concluded on Sunday 26 September at Farnham Park with the third event of the year -- and going into this final event, three teams had a shot at the series title.

With Wampas not playing, Godzillas were in pole position, with Reading Blue Sox and Panthers five and eight points back respectively.

Panthers made the perfect start in their pursuit of the series with a 12-9 win over the Diamond Geezers, while the Blue Sox put a dent in Godzillas’ hopes with a 11-7 win in their group encounter.

Elsewhere in the early games, the Valley Wet Sox learning experience continued as they lost to Storm and the first local derby of the day went the way of the Scorchers over Thames Valley.

The second group games saw Storm and Scorchers book their places in the Cup round, but Panthers missed the opportunity to do this from their group as they went down 12-10 to Thames Valley.

The 6-5 defeat suffered by the Blue Sox at the hands of Storm left that group in the balance: only the Wet Sox and Diamond Geezers knew they would be playing in the Plate as they lost to Godzillas and Scorchers respectively.

With the series chasers all needing results in the last group games, it was down-to-the-wire stuff.

Godzillas had the hardest job as they faced the unbeaten Storm, though defeat for Storm would not affect their place in the Cup round.  This one went right to the very end and finished in a 15-15 draw.  That result, coupled with the Blue Sox victory over the Wet Sox, put Godzillas into the Plate.  A series win for them was now out of their hands.

In the other group, the Panthers and Scorchers met in a winner-takes-top match, and with Thames Valley beaten by Diamond Geezers, the loser of this encounter would face the daunting prospect of facing Storm.  The Panthers were the ones who triumphed and set up an enticing encounter with the Blue Sox.

The Cup semi-final between the Blue Sox and Panthers now set up a series decider.  With Godzillas in the Plate, both teams could pip the Godzillas with victory.  A Panthers victory meant they could clinch the title with a Cup win, while the Blue Sox would win the series with a win in this game.  Godzillas could still win the series, but only if the Panthers reached the Cup final but didn’t win.  The result of the series was coming down to these final games.

In the first Cup semi-final, Storm were too strong for the Scorchers, who would finish sixth overall, while the Blue Sox rose to the occasion and condemned the Panthers to their first semi-final defeat of the series.

The Cup final didn’t quite reach the levels of the teams’ earlier group game, but both teams would take home trophies.  Storm took the Cup win while the Blue Sox had to settle for the runner-up spot -- but it was the Blue Sox who were crowned Series Winners. 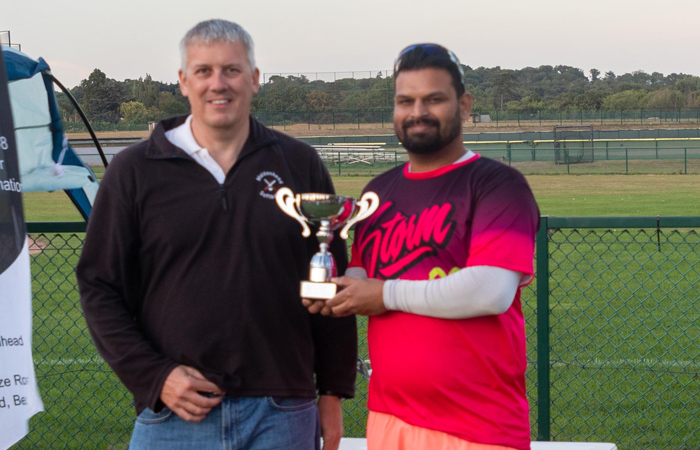 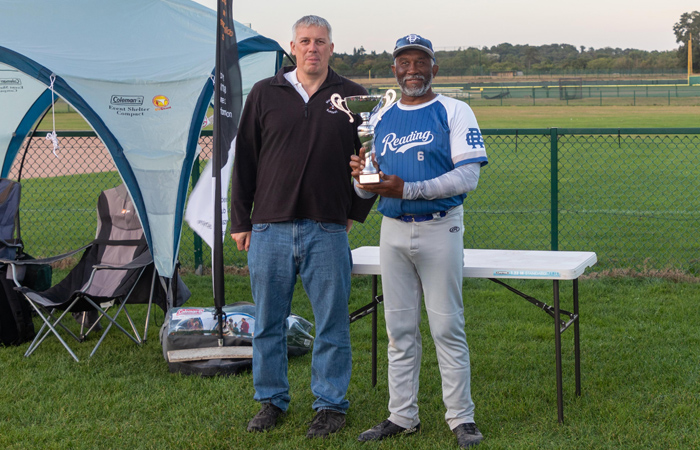 In the event, the Diamond Geezers did want they needed to reach the Plate final again, where they would face Godzillas.

Once the dust had settled and the gloves and bats were put away, the Reading Blue Sox sat top of the series pile on 65 points.  Godzillas had started the day in first place but finished second on 61 points, while Panthers drew level with Wampas to finish third on 58.

The 2021 series ended in glorious late September sunshine and was, overall, a success in its first year.  Teams will be looking forward to the return of the series in 2022.