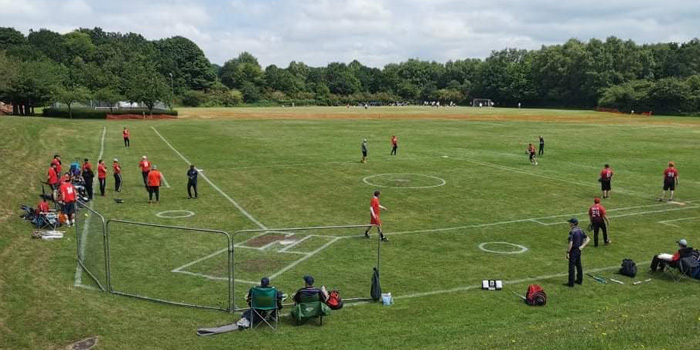 On the weekend of 26-27 June, eight male slowpitch teams from across the country came to Nottingham to compete in a two-day event to become the first (and maybe the last!) winner of the Pyros Single-Sex Competition.

However, the biggest winner on the day was charity. The tournament raised a staggering £2,400 for Crohns and Colitis UK, thanks to many generous donations from players, umpires and spectators.

Considering that the eight teams’ fees collectively didn't reach that sum of money, the fact that so much was raised is a testimony to all the individuals who contributed.  The Nottingham Pyros would like to thank each and every one of you for making this such a brilliant weekend.

We would also like to give a special mention to the six umpires for the weekend -- Pete, Ian, Chris, Paul, Stephen and Jason -- who not only ensured that every game was played with two-man or three-man systems, but offered their services free of charge.  This allowed a large donation into the charity pot and we are eternally grateful for this.

On the field, results from the weekend were: 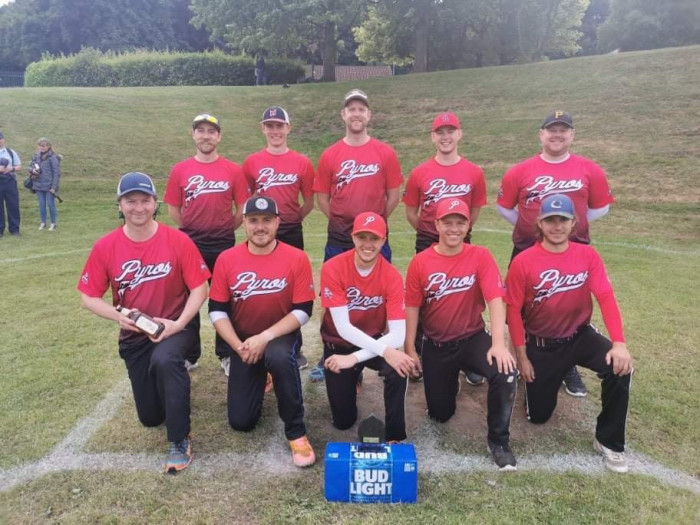