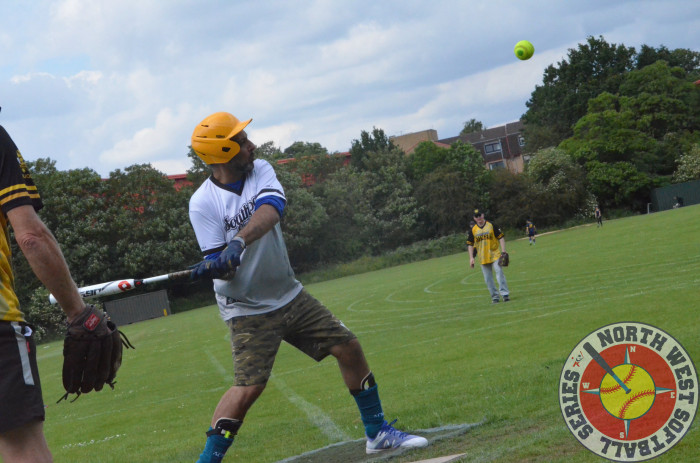 The weekend of 19-20 June saw yet another fantastic set of softball days in Manchester, with plenty of sunshine on offer.

Saturday was dedicated to the Rec level teams, playing a full round-robin and then finals, giving seven games to each team.

The Yorkshire Dales, cleverly managed by John Fletcher, didn't lose a game in the round-robin portion of play and took on the 4-2 Tigers in the 1 v 2 final.  Unfortunately for the Yorkshire team, experienced Tigers' manager Dave Wareham was ready to show his stripes, snatching the trophy by a score of 8-5 in a very tense final. 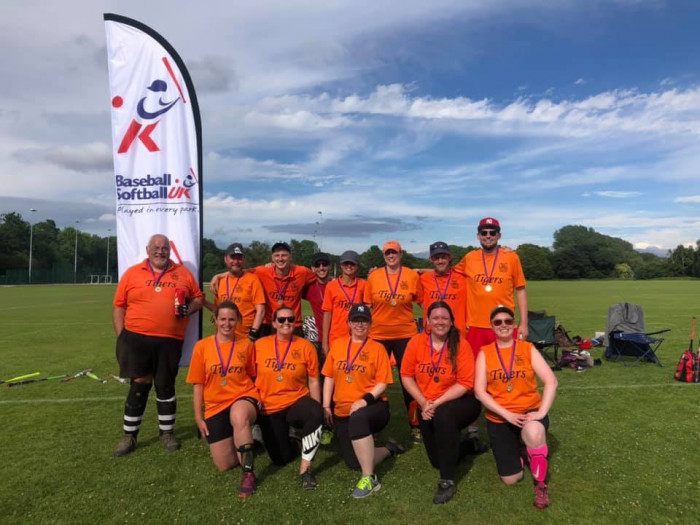 The newly-formed Manchester Raiders made their debut over the weekend, featuring a team full of players who started playing softball less than six weeks ago!  These players attended the Manchester Softball League rookie sessions led by BSUK Coach Linni Mitchell.

Raiders Captain Richard Valentine said, "We had a great day, despite losing every match -- but hey, we're rookies and we had a couple of close games!  We're hoping to join the expanded Manchester Softball League in Divisions 3 and 4 from 13 July and can't wait to get out on the diamond again!" 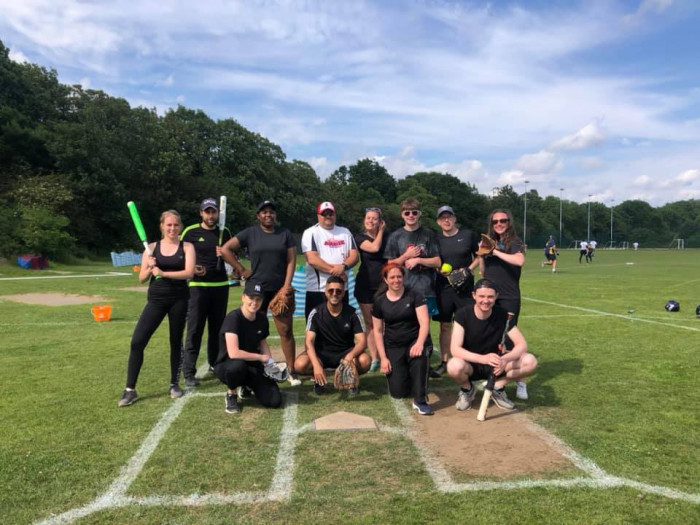 Sunday's Comp day came with a threat of rain, but it turned out to be just damp grass early in the morning.  The day went beautifully from there, with the weather making players wear both suncream and jumpers off and on!

The Comp teams were split into two round-robin groups to qualify for a semi-final leading to the trophy-winning final.

The semi-finals featured drama, with both games ending with walk-off hits.  Manchester Thunder topped Group B, but trailed behind Mayhem in their semi-final until Loz Birch smashed a walk-off home run.  In the Group A semi-final, the Mavericks (1st in Group A) took Spittin' Camels into extra innings, with Jane Curley providing the heroics with a walk-off double to send the Mavs to a well-deserved final.

The final didn't disappoint, with experienced Mavs' pitcher Pete Nightingale keeping the Thunder under control until the final frame, when Robbie Studholme struck with the home field advantage to lead the Mavs off the field with a walk off home run for the trophy. 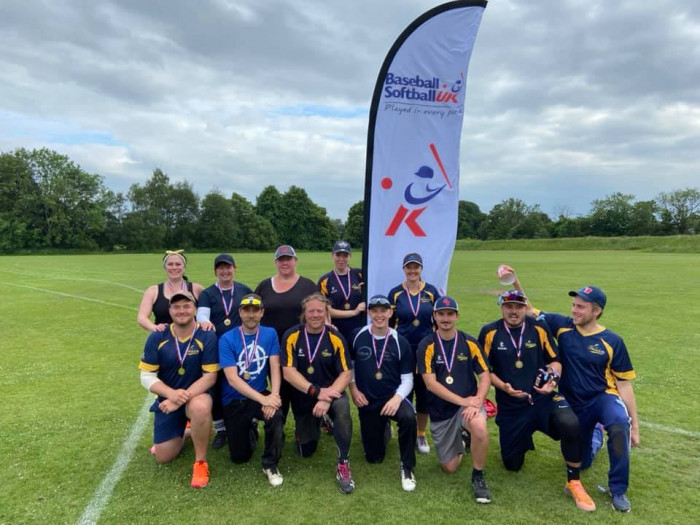 The final standings for the Rec Competition on Saturday were:

The final standings for the Comp Division on Sunday were:

All games were played in a great spirit, and BSUK Regional Development Manager Luis Arrevillagas said, "I love the North West Series tournaments more and more;  To see them grow and to see new teams playing for the first time makes each weekend very worthwhile.  I'm so grateful that teams from across the UK, Yorkshire and Merseyside travel to Manchester to compete -- but more importantly to have so much fun.  People need that!"

Linni Mitchel said, "The atmosphere is so great, everyone is so friendly, people just want to compete and have fun.  We have been running these for a few years now, but 2021 has definitely been the most amazing year yet!"

BSUK would also like to thank all the BASU umpires, in particular crew chief Paul Fagan, who made the weekend very enjoyable for all.  BSUK also wants to thank Tom Wrightson and Baseball Outlet, BSUK's Official Supplier, for spending the weekend with us!

Standing for the series after NWS2 are: 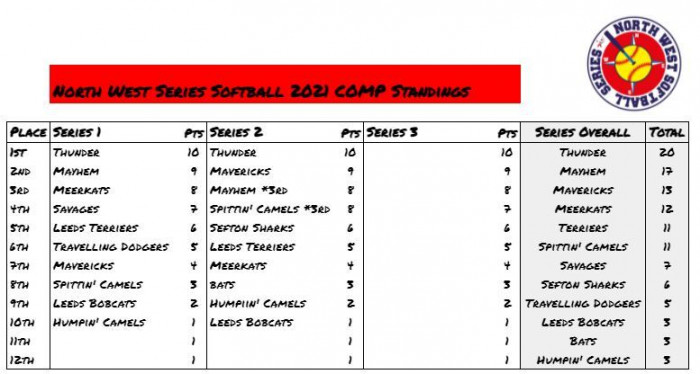 The final North West Series 3 tournaments will take place on 21-22nd August.  Get your team registered through the links below or get in touch with Luis Arrevillagas. 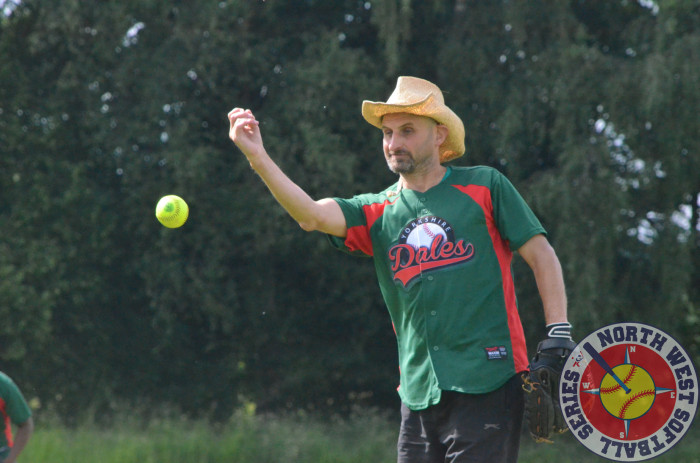