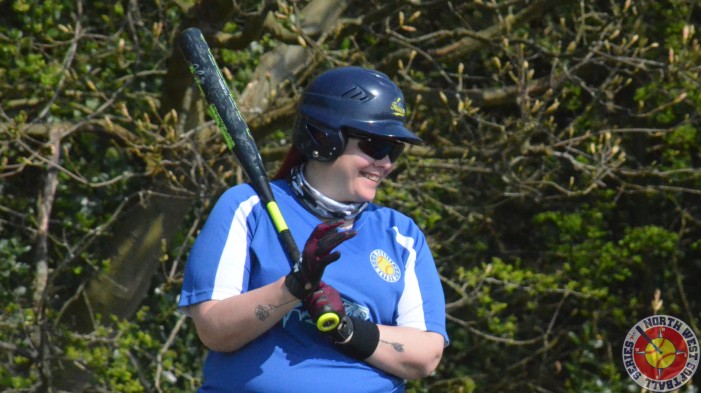 On the weekend of 17-18 April, BaseballSoftballUK staff helped relaunch play in the North West with the long-awaited return of the North West Softball Series.

The weather didn’t disappoint, with two beautiful sunny days in Manchester, allowing for 17 teams to compete across exactly 50 softball games -- all while working on a suntan!

BSUK staff had to plan the first post-lockdown tournament down to the finest detail, in line with the Return to Play plan. With plenty of safety regulations in place, captains ensured that all players were familiar with the Return to Play guidance: all players had to complete a Opt-in form, captains had to bring a register for the day, dugout areas were reserved only for teams playing and there was plenty of space for teams to rest when not playing. Two sets of softballs were provided for every team at the beginning of the tournament and there were disinfectant stations in every dugout.

Teams for the weekend came from all over the North including Nottingham, Liverpool, Leeds and, of course, Manchester.

Saturday's competition was for Rec-level teams, with restrictions on players of A/B national playing standard, while Sunday was an open Comp tournament.

On Saturday, seven Rec teams played a round-robin of six games before first and second-place teams fought for the title and third and fourth decided who was going to take home the bronze medal.

After the round-robin, the standings were:

Freeze won the final against the Southport Seagulls and the Yorkshire Dales took third place. 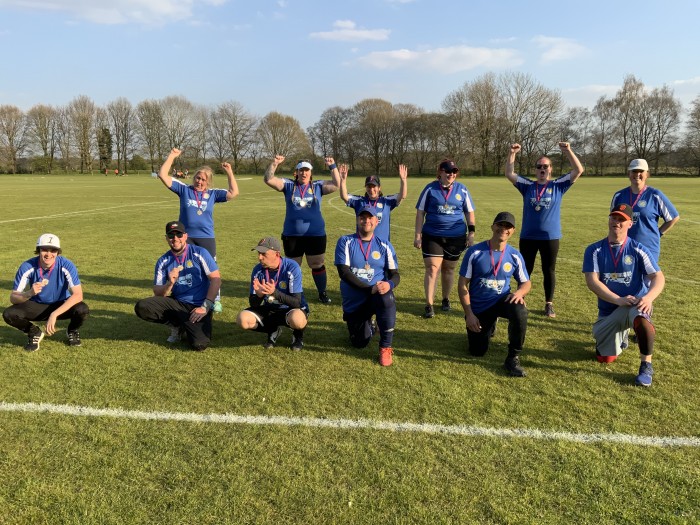 On Sunday 10 Comp-level teams were split into two groups of five, with the first and second-placed teams in each group qualifying for the semi-finals. 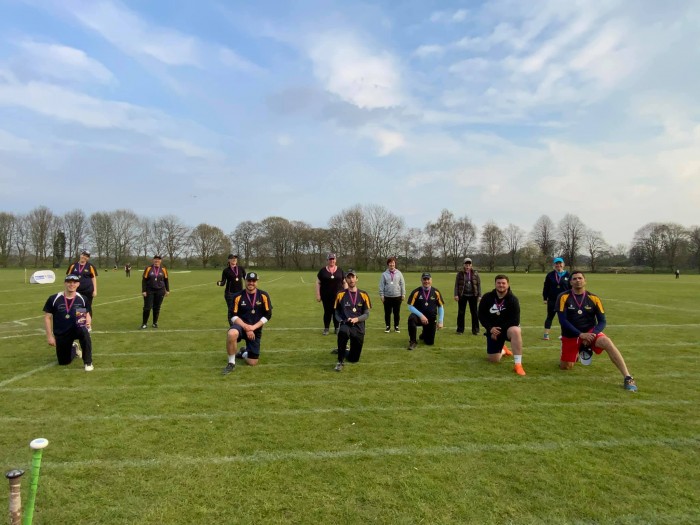 Luis Arrevillagas, North West Development Manager for BSUK, said, "We’re so happy to have finally and successfully delivered a weekend of softball to the playing community again. Everyone was itching to play and we knew this -- the challenge was to make sure we carried out the event with safetymeasures in place. We're thrilled that we achieved this and the feedback has been very positive!"

BSUK Coach Linni Mitchell added, "We really couldn’t have asked for a better weekend to host our first tournament since the COVID-19 outbreak in the UK. We were greeted with the sun and blue skies in Manchester, and it was fantastic to see 17 teams sign up to play over the weekend. Thanks to all the captains who made sure that everyone followed Covid-19 protocols and got their teams together again! Everyone I spoke to was full of appreciation that they had a tournament to play, and the weather enhanced everyone’s feelings of joy and excitement that they were able to be out on the diamond again. We're now even more hopeful that NWS2 will be as successful -- or more -- than NWS1 was!"

"Thanks again for running the tournament, I thought the format worked really well.  I think many players felt a lot more confident about the season ahead after seeing a 'normal' tournament." - Adam Hugill, Camels Softball Club

"...It was a fab tournament - big well done and thank you from us for being brave enough to give it a go! Organisation and facilities where incredible! - Daz, Meerkats Softball

The final standings for the weekend and the points achieved for the overall series are below. 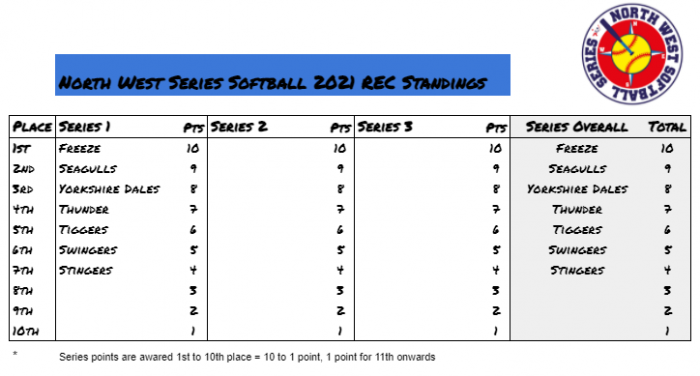 New teams are welcome to enter the remaining tournaments in the North West Series, by emailing Luis Arrevillagas: