Mix and Stags take the honours as GBFL season ends

Following the last 2021 Great Britain Fastpitch League date on Sunday 12 September at Farnham Park, The Mix were crowned winners of the Women’s Division and the Stags collected the trophy for the Men’s Division – but it wasn’t straightforward for the Stags.

The Mix had already wrapped up the Women’s Division title after a full weekend of GBFL play on 24-25 July left them with an 11-0 record, well ahead of second-place Barbarians.  In this situation, winning all three of their games on 12 September to finish the season at 14-0 was effectively a coronation.

But in the Men’s Division, the Stags held only a two-game lead after that July weekend and in theory were catchable by either the 2019 champion Meteors or the GB U-23 Men’s Team.  The Stags prevailed in the end, but only after a struggle. 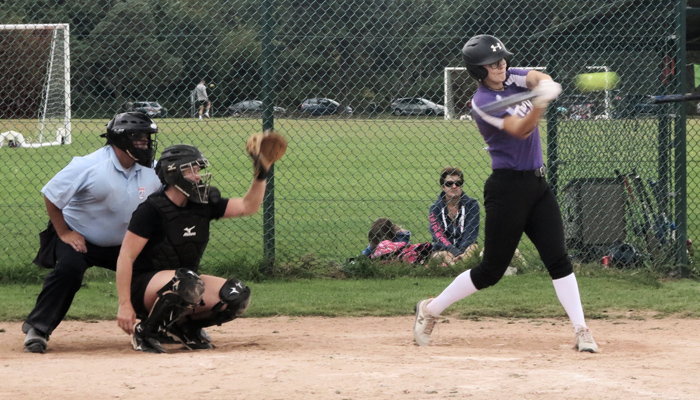 The schedule on the GBFL’s final day didn’t give us the usual high-energy game between The Mix and the Barbarians, and with the title already decided, the top two teams might just have cruised through their games.  Instead, they produced consummate displays and showed us just why they have done so well this season.

In their three games on the day, both The Mix and the Barbarians conceded just three runs each while scoring 35 and 30 runs respectively.  By way of contrast, the 2019 champion Angels, who had plenty of runners on base, struggled to convert any of them into runs.

But for all five Women’s Division teams, even the winless Cardiff Celts in their first year in the league, there were plenty of positives to take away from the season.

The MVP award for the season went to Barbara Killer from the Barbarians. 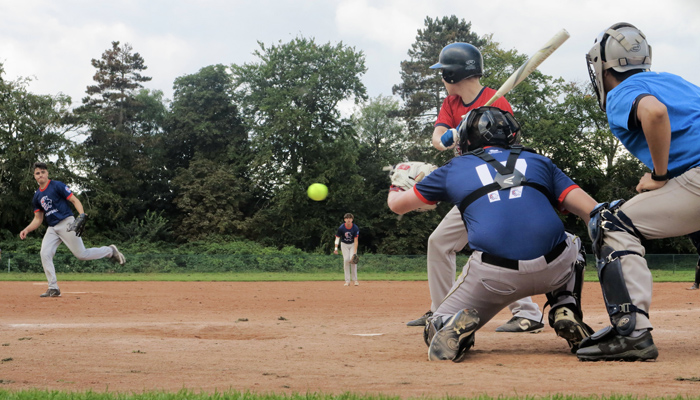 In the Men’s Division, the Stags took the 2021 title by the skin of their teeth.

A tough 5-4 afternoon win over the Meteors sealed the result, but then, in the final game of the season, the Stags went down 8-7 to the GB U-23s, and this last-minute win elevated the U-23s to second place in the table.

Perennial winners Meteors might be licking their wounds a little at finishing third, especially since a look at their stats shows they convincingly out-hit every other team in the league and conceded fewer runs.  But finishing in the top two places speaks volumes about the desire of the Stags and the GB U-23s to scrap it out in key games, both with the Meteors and against each other.

With five decent teams in the division this year, including the rapidly improving GB U-18s and the Strays, next season will be looked forward to with keen anticipation.

The MVP award for the season went to Trent Nash from the Stags. 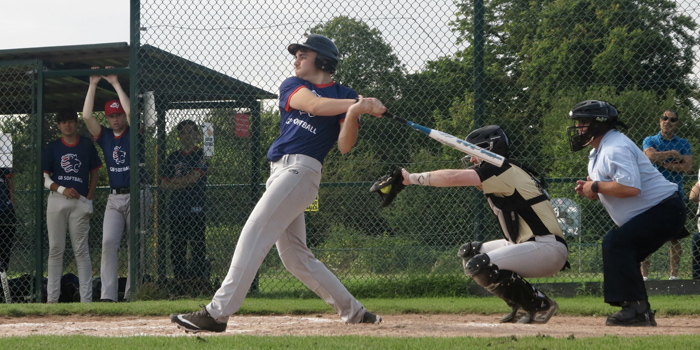 Summing up the season

GBFL League Director David Morris said, “It was good to have GBFL back after a year off due to Covid.  The standard was significantly higher this year, particularly in the Women’s Division, and the addition of new teams in both the Men’s and Women’s divisions was a welcome and encouraging sign.  Many congratulations to the Stags and The Mix and we wish them well in their European campaigns in 2022.

“Next year,” David added, “we are looking at plans to add an Under-14 section to the GBFL, and perhaps organising All-Star games to give the top players more high-level play. We’re looking forward to watching the league grow further in 2022.”