GB Women fall to Italy at the final hurdle 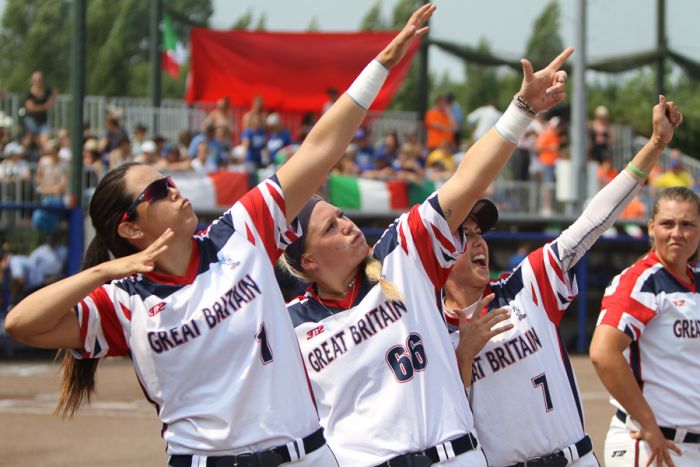 Utrecht, Netherlands: 27 July – The final game at the Europe/Africa Olympic Qualifier this afternoon turned out to be one game too far for the GB Women’s Fastpitch Team.  Behind the evergreen Greta Cecchetti, Italy won the game 5-0 and claimed the place at the Tokyo Olympics.

The defeat should not mask the fact that the GB Team has had a very good summer and put in a wonderful effort here at the Qualifier to reach the final game and come so close to playing in next year’s Olympics in Tokyo.

Because this is a WBSC tournament invested with the spirit of “winner take all”, the losing team in this game was allowed to just drift off the field unnoticed after the teams had shaken hands, many in tears, to be consoled by parents, partners and friends.

Defeat with so much at stake is always tough, made worse in this case by the fact that it will be at least 2028 before softball makes another appearance in the Olympic Games and so this was a one and only chance for most of the GB team, given that softball careers for women are usually short.

But this is without doubt the best team in the history of the GB Women’s programme, and the players should take great pride in what they accomplished here and by winning a medal at the European Women’s Championship three weeks ago in the Czech Republic.

The GB Women became a team to be admired and feared over the summer, and there is no question now about their place in the top echelon of European softball. 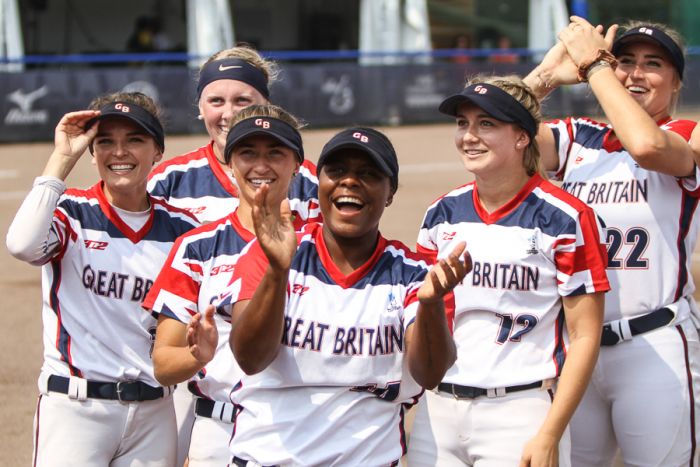 Unfortunately, GB teams have never had success against Greta Cecchetti over many years, and this pattern did not change in the Olympic Qualifier final.

Cecchetti was hit hard last night by the Dutch, giving up six hits and four runs in just an inning-and-a-third – but her early exit from that game allowed her to be fresher today, a day which was still hot but much more bearable than Thursday and Friday, with no sign of forecast thunderstorms.

After giving up a lead-off single to GB shortstop Sydney Brown to open the game, a ball pushed expertly through the left side of the infield, Cecchetti gave up only two more hits – a fifth inning double to Chloe Wigington and a seventh inning single to Nerissa Myers.

Cecchetti struck out 13, including four on called third strikes, and those three GB hits produced the only GB baserunners of the game.  The team that came into this final leading the tournament on offense never mounted anything like a scoring threat. 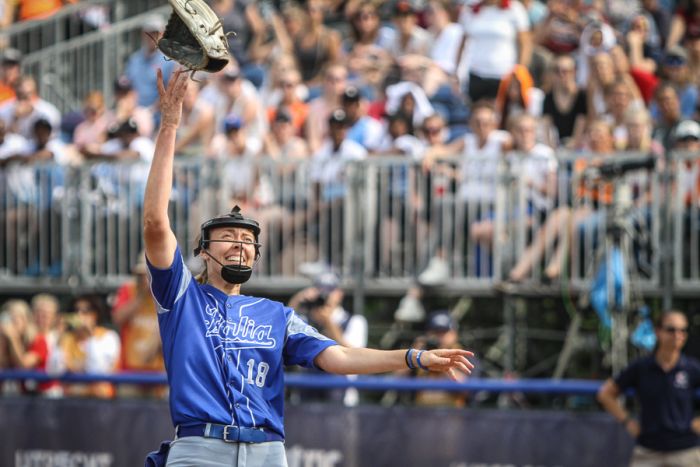 GB starter Georgina Corrick, on the other hand, came to this game having pitched 14 innings, many of them under pressure, over the last two days, and now she was facing a very powerful and confident Italian offense. 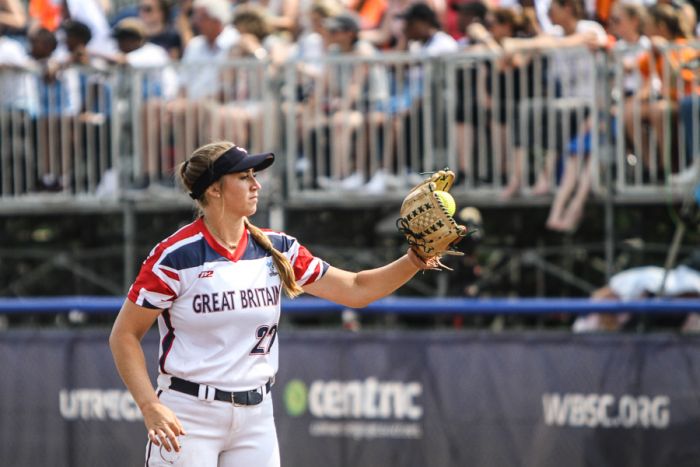 And it didn’t help that she was also confronted with a home plate umpire, Mariana Prins from the Netherlands, who appeared to have a very small strike zone.

Italy doesn’t bother too much with speed these days -- they just try to slug you into submission, especially when pitchers are forced to put the ball over the plate -- and they immediately put GB under pressure in the bottom of the first inning. 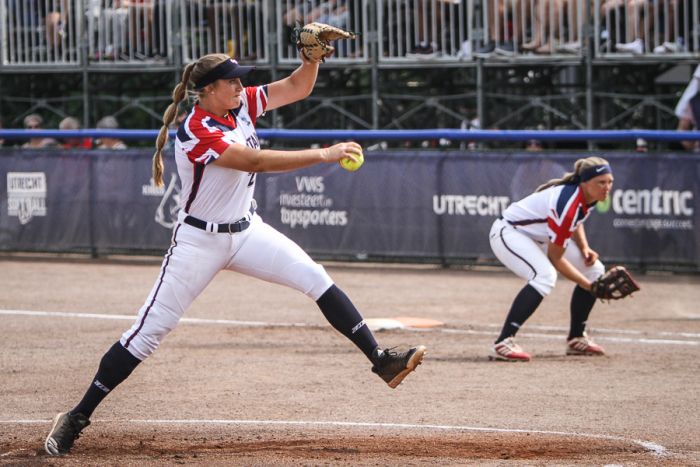 Things started inauspiciously for GB when Georgina hit Italian lead-off hitter Amanda Fama with the first pitch she threw.  The next batter popped out, but then Italian second base player Emily Corasone singled to centre, sending Fama to third, and she was driven in by Erika Piancastelli, who fouled off a number of pitches before lining a single to right field.

GB should have got out of the inning with just that single run conceded on the next play, when Beatrice Ricci hit a bouncer to Nerissa Myers.  Nerissa tagged Piancastelli going to second and still had time to get Ricci at first, but her rushed throw was low and got past Alicja Wolny.

When the inning finally ended, on another infield pop fly hit by Andrea Howard, Italy was two runs ahead and GB was already facing an uphill struggle against the European Champions. 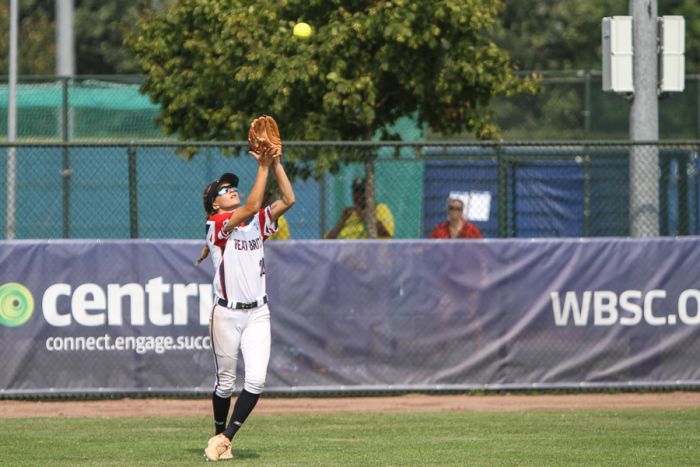 Georgina Corrick restored some order in the second inning, setting down three straight Italian hitters, but more pressure was put on in the bottom of the third inning by the middle of the Italian order.

Doubles driven into outfield gaps by Emily Corasone and Beatrice Ricci produced another run to make the score 3-0.

At that point, the game was by no means out of reach, but it began to move in that direction when Italy scored their final two runs in the bottom of the fourth inning. 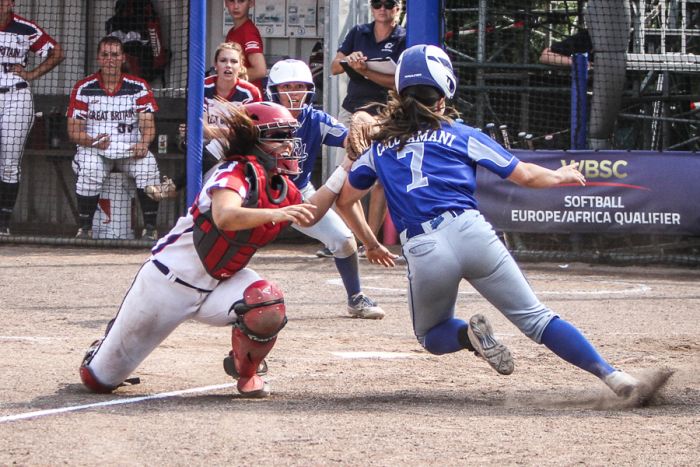 Eventually, Italy had runners on second and third with two out, and GB might still have escaped without further damage.  But centre fielder Laura Vigna pulled a single between first and second, both runners scored, and the way Greta Cecchetti was pitching, the game was now effectively over, with GB hitters flailing in increasing desperation at Cecchetti’s speciality, a pitch that breaks low and away from right-handed hitters.

And so it proved, despite the double that Chloe Wigington drove over the head of Italian left fielder Elisa Cecchetti in the top of the fifth inning on one of Greta Cecchetti’s few mistakes, a change-up that sat in the middle of the plate, and Nerissa Myers’s lead-off single in the top of the seventh. 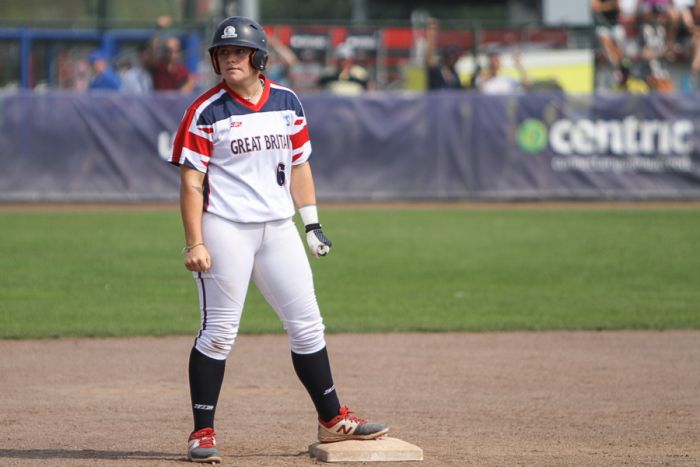 Neither player got as far as third base. 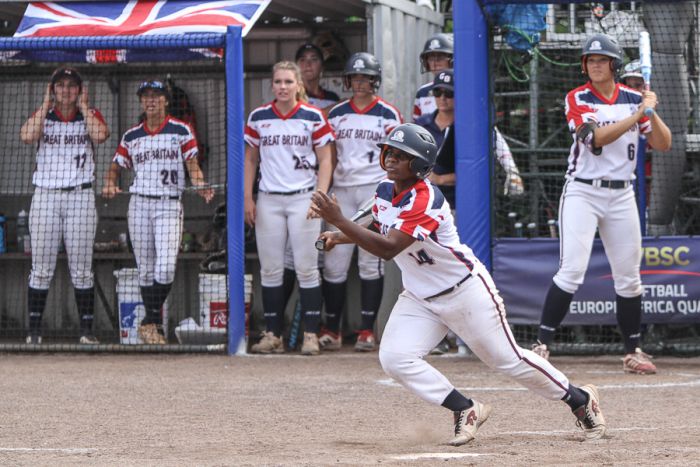 For GB, it was the end of a dream – but the players and staff deserve so much credit for getting so close against the odds. 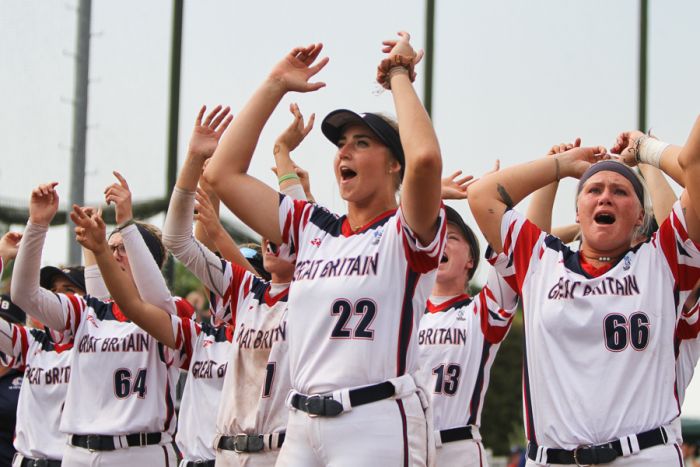 The other game played today, rendered meaningless by the fact that this is a winner-take-all tournament, was between the Czech Republic and the Netherlands, who were both eliminated yesterday from any chance at the Olympic place.

But since the game was part of the Super Round format, it apparently still had to be played.

The game was won by the Netherlands by a mercy-rule score of 7-0 in five innings, but after four innings, the game was still close, with the Dutch leading just 1-0.

Then they put up six runs in the top of the fifth inning, mostly against Czech starter Katelyn Humhej, and when the Czechs failed to score in the bottom of the inning, the game was over.

The Dutch used three pitchers, and the middle one was Rebecca Soumeru, who has announced her international retirement after this tournament.  Becky has been pitching for the Dutch National Team since 2001, and though she has never thrown hard, her combination of movement, location and changes of speed, combined with softball intelligence, has always made her successful.

There will need to be a lot of stocktaking with regard to GB Fastpitch National Team programmes over the coming off-season, with a number of issues for the GB Management Committee and the BSF Executive to confront.

But the GB Women’s Team has been a success story and can hopefully build on what was achieved this summer, with another European Women’s Championship coming up next year, a qualifier for the next WBSC Women’s World Cup.

International softball does not begin and end with the Olympic Games. 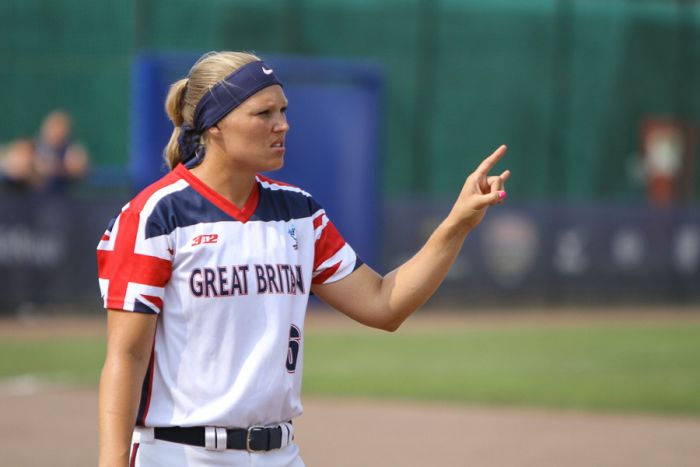