GB Junior Men win their first game in Europe since 2004

Don't read too much into the scoreline. The Czech's are the best team in this competition and are yet to give up a run in thetournament.They have scored over 40 and conceded 0. I gave my younger players a chance to see who would fight for a starting spot in later games but the Czech pitching was pretty good -- nothing fantastic, but they threw consistent strikes.

I also rested three of my main players so they could focus on our important game against Israel. I was hoping to go down 10-0 in five innings to the Czechs, but it turned out to be 20-0 after three. Watching the Czech was a great learning experience for the GB guys on how to play the game properly. 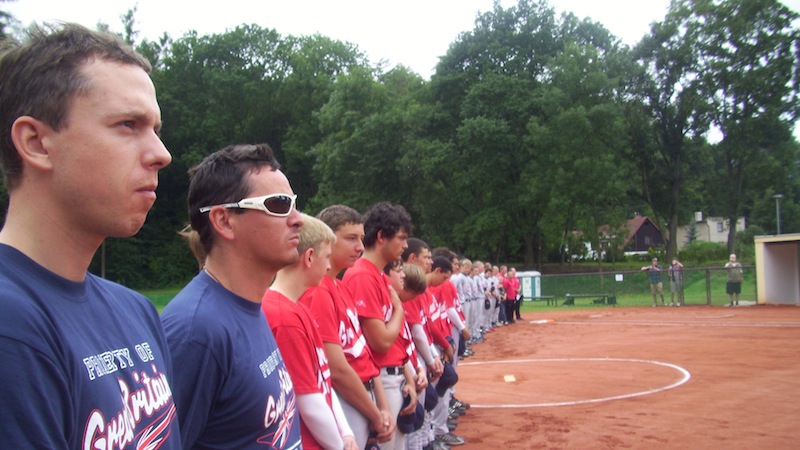 This was the battle for the wooden spoon in -Robin 1.

In the top of the first inning Israel piled on seven runs."Here we go again" was my first thought, but I decided not to tell the boys that and told them that we were close to
this game being over after the first inning, something that we could have done to the Croatians the day before but did not take the opportunity.

The GB lads battled back hard and caught Israel quite quickly, then kept the momentum going to score 18 runs in total. Game over.

This was the first win for the GB Junior Men in 2011 and there are some other teams we can target, but we are running out of games. Our lack of experience is still evident but the players are learning all of the time.

One thing is for sure: they are giving it their all in every game, which is all I can ask for.

Reports on previous games in this competition can be found in the News section on this website.