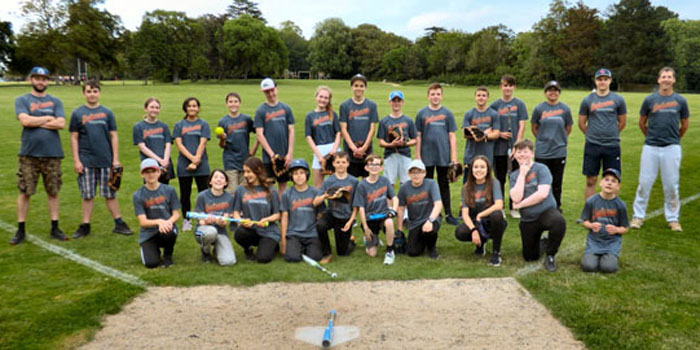 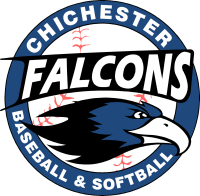 The Chichester Falcons Junior Fastpitch programme saw a big enough increase in attendance this year to launch a mini-league of three full teams.

The teams, made up of boys and girls aged between 12 and 16, played timed round-robin games over three weeks on Thursday nights at Oaklands Park Softball Field.

As a large proportion of the group were new to fastpitch softball, a modified game format was used in which each batter took two pitches from a live pitcher before facing the pitching machine for the remainder of their at-bat.  This kept the game moving at a decent pace while giving the pitchers some good low-pressure match practice.

On average, most batters found themselves with a 1-1 count by the time the pitching machine came into play, with the standard of pitching improving significantly as the season progressed. 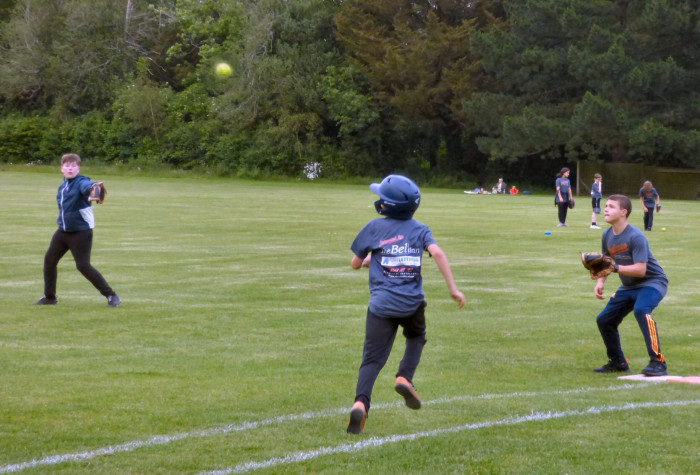 The players chose team names at the start of the season – AlphabettiSpaghetti, Bears and Crabs – and were rostered into teams by the Falcons coaching staff.

In the early stages, Bears shot ahead in the standings with AlphabettiSpaghetti close behind.  Crabs were still looking for their first win after two game nights but had managed a tie to get them off the mark.

A notable decrease in runs scored on the second and third game nights was encouraging, as the teams’ defensive skills improved.

Alex Gyopos-Cooke (Crabs) made an outstanding full-stretch catch deep in left field while Ethan Karr (Bears) kept a solid first base throughout.  Esther Sutton and Paige Fitzsimmons ran a sharp middle infield for AlphabettiSpaghetti and the three pitchers in each team – Lewis Hawes, Finley Holder and Amy Morris -- continued to improve as the league progressed.

Meanwhile, Raul Dodson-Richi and Kyle Gaffney powered their way onto the scoreboard with strong hitting and smart baserunning, while the teams’ catchers, Nathan Wyborn, Jack Ashby-Lloyd and Finley Rowett, were impressive behind the plate considering their minimal prior experience.

By the end of Week Three, Bears had held on to take the top slot and got first pick of the chocolate prizes, followed by AlphabettiSpaghetti, while Crabs, despite finally getting the win they were looking for, remained in third place. 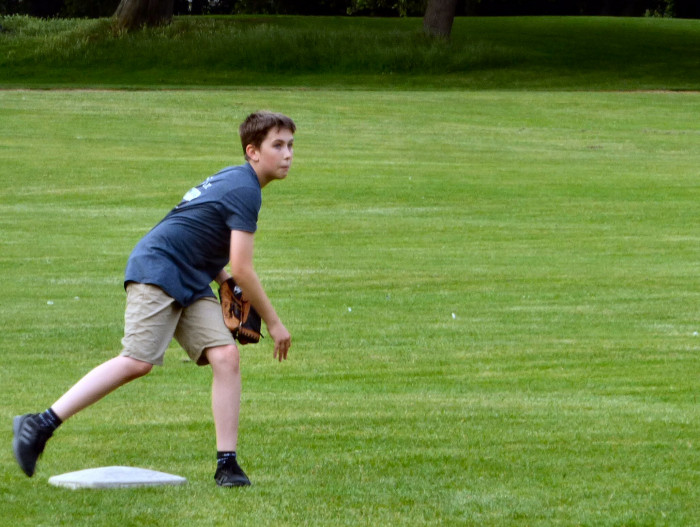 Moving forward, Paige Fitzsimmons (16) has now progressed to training with the Falcons Senior Team, and Raul Dodson-Richi (15) is planning to try out for the GB Under-18 Men’s Team through the Great Britain Fastpitch League.

Next up in the Chichester for young players is the ever-popular Little League Baseball programme, a six-week mini-league for 8-12 year olds, starting in late July.