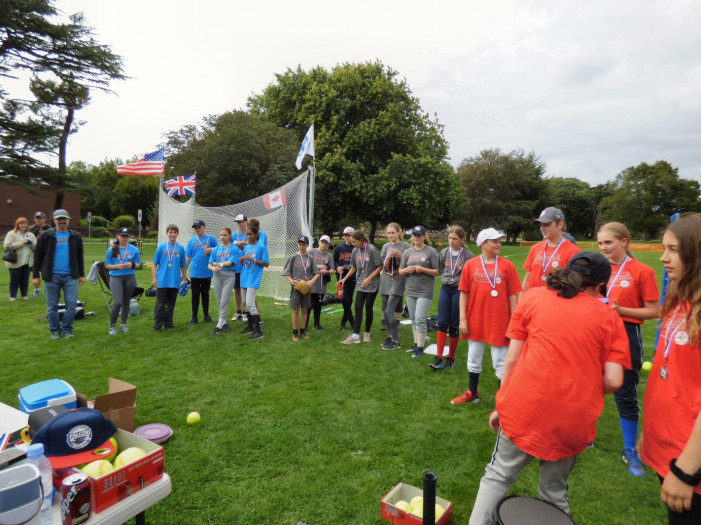 Local Falcons youngsters turned out in droves and were bolstered by a handful of girls from the GB U-13 Cubs and a contingent of players from the LondonSports organisation. 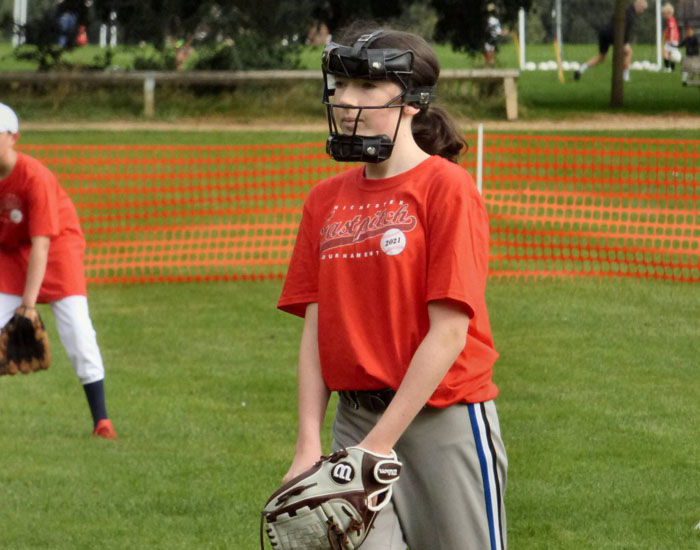 Prior to the event, enrolled players were rostered into three even teams – Reds, Blues and Greys -- each with at least one capable pitcher and catcher.  Team shirts were handed out and a round-robin got under way in the morning sunshine at Oaklands Park. 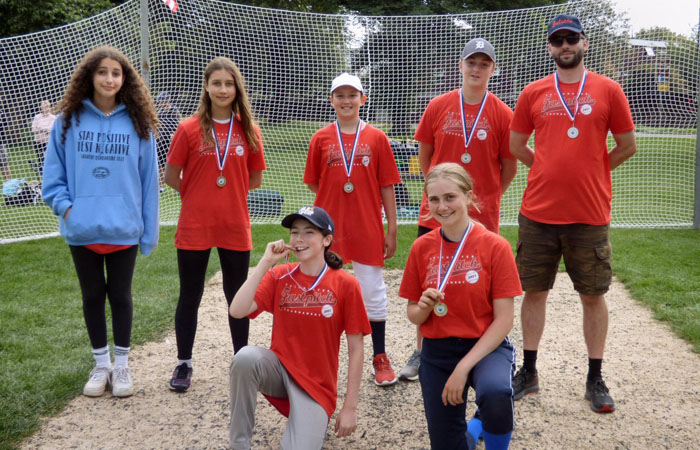 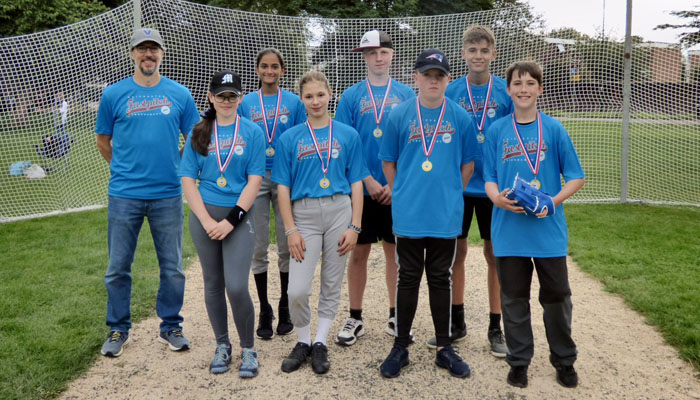 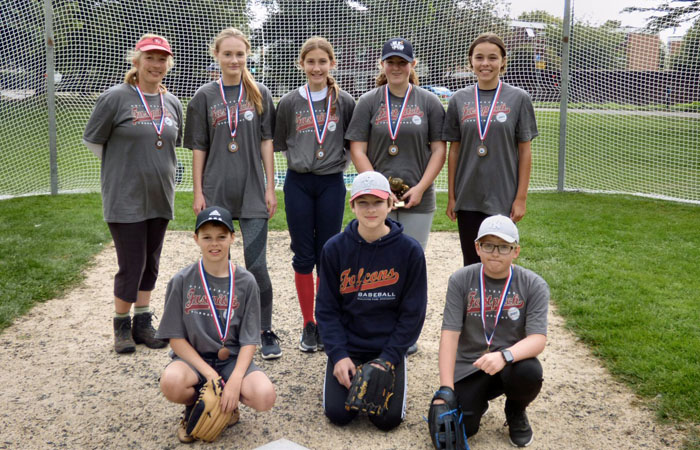 With stealing, passed balls and dropped third strikes in full effect, the players quickly took to the pace of the games and began turning plays and scoring runs at a frantic rate.  Walks were replaced by a soft toss by the team coach to keep things moving as the day progressed. 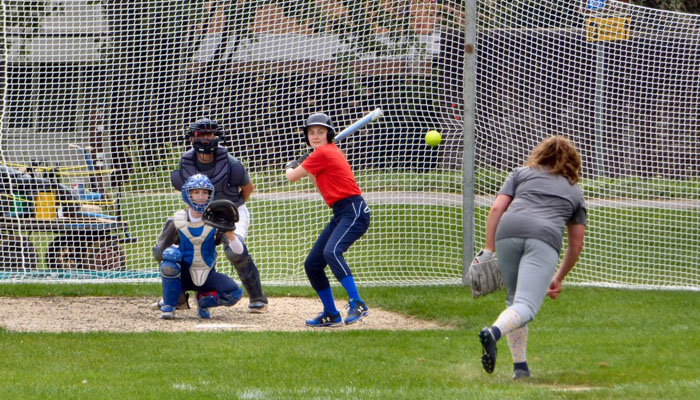 On the whole, the games were fairly even but the Blue team squeezed ahead to take the gold medal, with the Reds gaining silver based on a head-to-head result against the Greys earlier in the day.

MVP awards were given to the top male and female players.

The male MVP was Raul Dodson-Richi (Chichester), who hit and fielded well throughout the day. 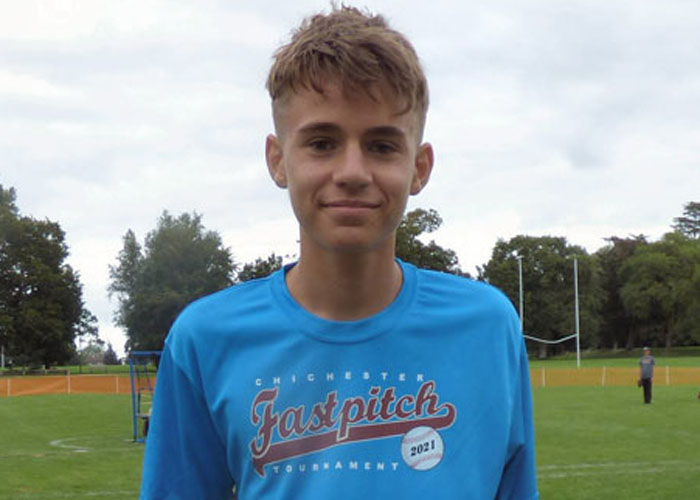 The female MVP award went to Mia Connell (LondonSports), who pitched, caught and hit to a high standard in her games. 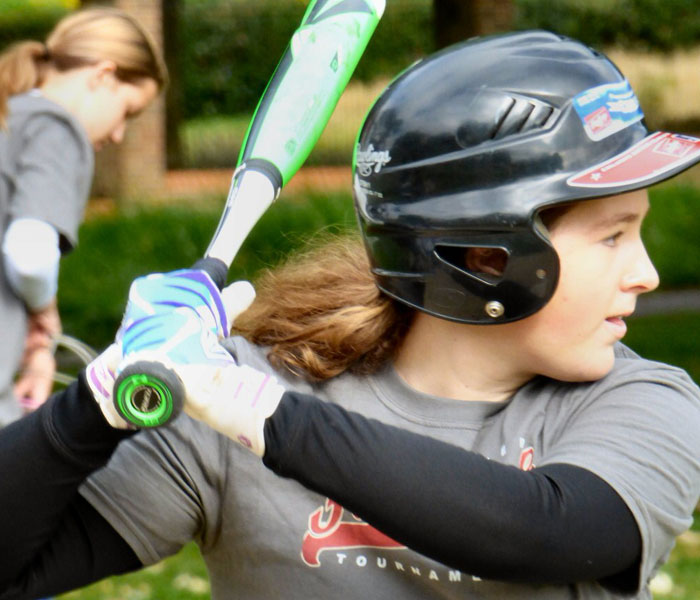 Finally, out came the pitching machine for the traditional annual home run derby, where each hitter was allowed three swings from as many pitches as they needed.  Raul Dodson-Richi and his sister Isla won the male and female prizes respectively.

The Falcons would like to thank Julie Spittle and Steve Albrecht for making the long drive down to Chichester to coach their teams!