Despite Covid still being with us, most slowpitch softball leagues around the country have been able to play throughout the summer.  Below are reports from a number of BSF leagues on action that took place during July.

With the regular season coming to a close, LSL teams looked forward to their Summerball Tournament as another opportunity to win some silverware.  Thirty-two teams took to Regents Park on Saturday 31 July and for the most part the rain held off, giving teams a fabulous day of softball.

In the top tier – known as Dingers – Mescalitos unsurprisingly won the main competition, and the Plate was won by Mobinos, a combination of The Mob and Ninos. 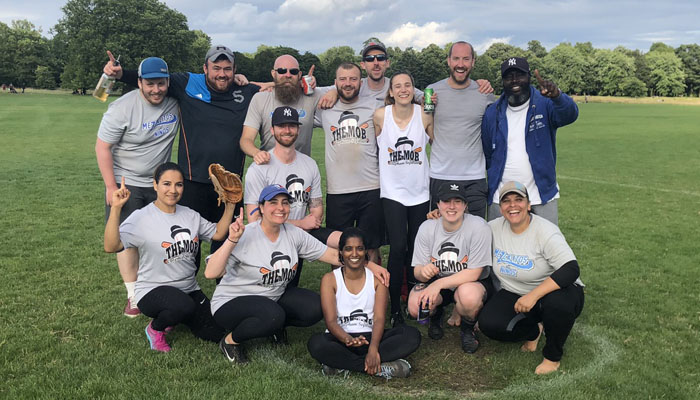 In the Gophers grade, Oddsox were worthy champions, continuing their regular season form, with the Swinging Chargers taking home the Plate trophy.

In the Slammers division, Meteors Mash stepped up a grade and managed to hold their own, winning every game on the way to the trophy, with Bat to the Future finishing strongly to win the Plate.

And in the Taters competition, Diamond Dogs won the Cup, sneaking past Plate champions Beavers in the group stages.

Most regular-season games are now completed, with just a handful of rainout make-up games still to take place. In the Red (top) grade, Mescalitos and MI6 were winners of the two pools, with MI6’s sole loss coming at the hands of second place Meteors Black.

In the Gold grade, there was a three way-tie between Base Jumpers, Raiders Red and Pimlico Buccaneers in one pool, although Base Jumpers came out on top based on tie-breakers.  The other pool was similarly tight, but The Mafia were eventual winners thanks to some strong early performances.

The Blue grade had two very strong teams in Meteors Mash and the new development team, Battitude.  Battitude started 6-0, including a Week 1 win over Meteors Mash but, in Week 7, Meteors got their revenge.  Both teams still had a game outstanding at the time of writing, but the smart money would be on a tie at the top of Blue grade. 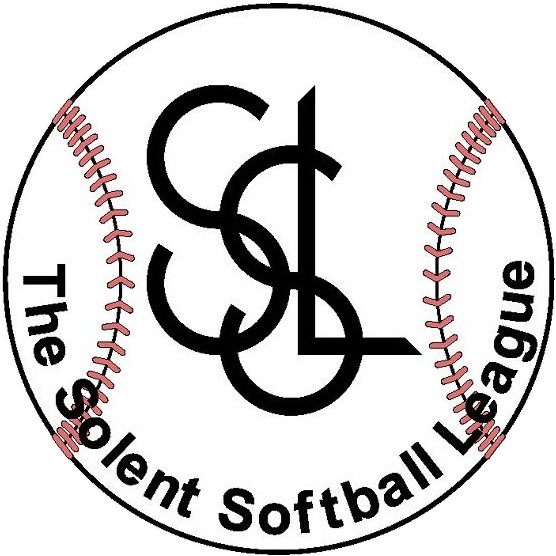 The Itchen Knicks beat the Baffins Brewers 19-7 to open up the action in July, with the newly-promoted Brewers undergoing a baptism of fire in the top division for the first time this year.

The Brewers ended the month with another defeat, this time going down 23-3 to the Spitfires, who kept the pressure on for a third-place finish with an 18-14 victory over the winless Sluggers.

The Vikings started the month with a 22-1 win over the University of Portsmouth followed by a last-inning defeat to the title-chasing Redbridge Raiders by 11-9.  The Raiders then kept up the pace up at the top of the standings with a 28-14 win over the Oddballs while the Southsea Sharks stayed in the neck-and-neck race with a 29-19 win of their own over the Hurricanes.

The Portsmouth Pirates continued their good first season with a 17-17 draw with the Hurricanes as well as a close 10-8 loss to the Sharks.  The cat was truly put amongst the pigeons at the end of the month, however, with the Oddballs overcoming the Raiders 11-7 to open up the race for the division title.

The Oxford Softball League was in full swing during July, with four games taking place each week.  Angels were sitting on top of the leaderboard at the start of the month, closely followed by the Oddsox, Spirits and Rebels. 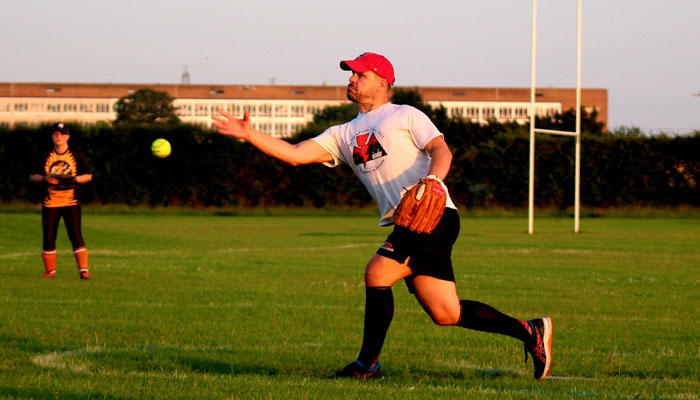 There were a number of close games in July, including a nail-biter between our returning champions, Spirits, and the league’s newest team, Rebels. The Rebels took the 10-9 win in the bottom of the seventh inning following a two-out, two-strike single by Demi Nairn and a dodge at home plate by Laura Smith to avoid the tag and score the winning run.  The Spirits bounced back the following week with a 26-12 win over the Oddsox to round off the month.

Meanwhile, the impressive improvement by the Beavers during the season has seen them starting to hold their own in the league.  They nearly pulled off a surprise upset of the Oddsox, coming within three runs in the bottom of the seventh in a closely contested match, but the Oddsox managed to hold on via a 25-22 score line to keep their winning record intact.  The following week, the Beavers captured their first win with a decisive 23-13 victory against the Tigers. 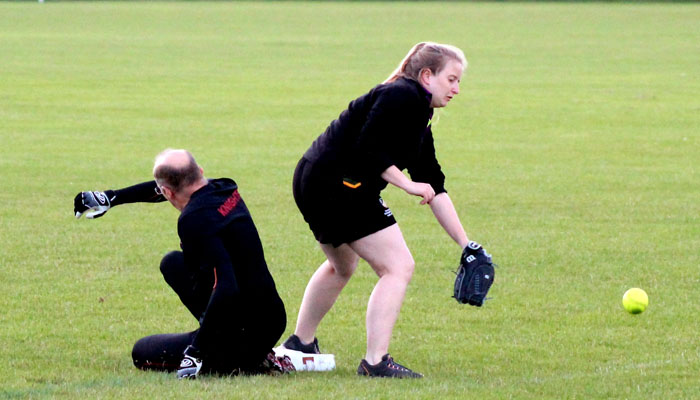 The Angels continued their fight for top place in the league with an undefeated record in July, including wins against the Tigers, Mavericks, Oddsox and Rebels.

The Mavericks also had a couple of close games in July and fell just short against the Rebels, losing 13-11 and the Knights, losing 21-20.

The Knights and Tigers continued their battle for a winning record in July, with the Knights squeezing out two wins to end up in the middle of the league table. The Tigers struggled throughout the month, unable to claim a victory, but were due to come head-to-head with the Mavericks on 5 August to try and grab a win at the end of the season. 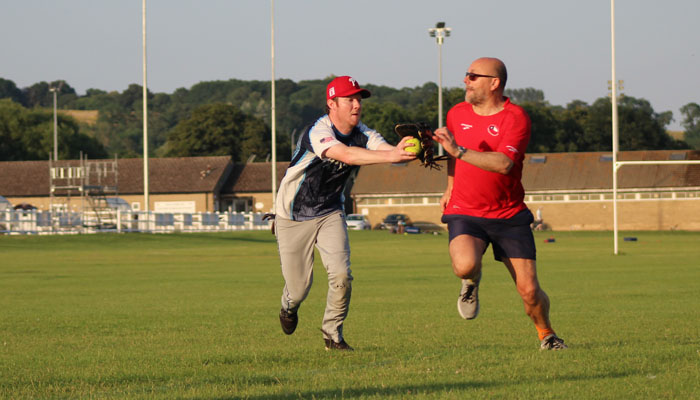 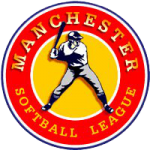 There is not a lot to report from Manchester this month.

Having taken the decision to postpone the Division 1 and 2 schedules on 6 July for some football match on TV, and with the schedule washed out by thunderstorms on the final Wednesday of the month, teams have only played twice -- or, in the case of teams who were scheduled a rest week – once during the month.

So Lions have gone top of Division 1 by dint of NOT playing, a half game up on Thunder, who, however, are now facing two weeks off in isolation after a player got Covid at the Manchester Tournament.  Our Fixtures Secretary is pulling her hair out, and teams are now resigned to playing twice a week in August or else well into September.

Divisions 3 and 4, unaffected by either football or weather, are in better shape.

The Division 3 leaders, Tigers and Bandidos, both confirmed promotion last week, and will meet in the title decider on the last day of the season.

Southport Seagulls are still favourites to win Division 4 despite a recent unexpected loss.

A highlight of the month was our two newest teams, formed from our rookie sessions, playing each other in a close and friendly game, with Screwballs coming from behind to beat the Raiders 12-10.

The race to make the MK Softball League final for 2021 is going to the wire, with a number of mathematical permuations possible to decide the two spots. 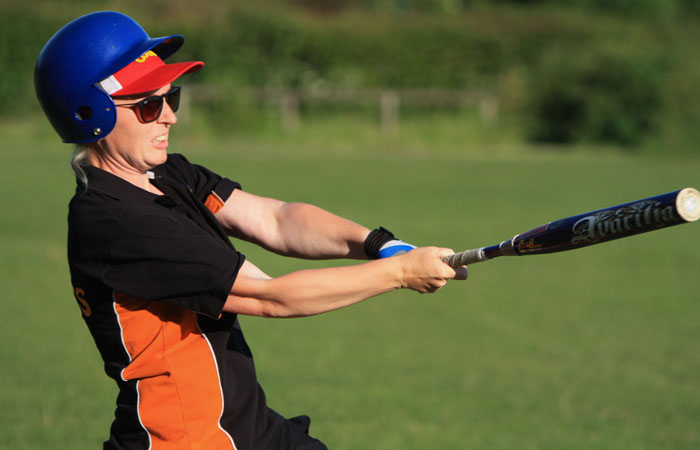 The Towcester Tigers continued their impressive season in July with an 11-7 win over the Willow Lakers.  Tigers' MVPs were Eddie Thompson and Hannah West, with Robert Welch and Tilly Jones taking honours for the Lakers.  Eddie in particular impressed with some superb work in the field, including a full-length diving catch.

Next up was the Hornets v Lakers -- but the Great British Summer intervened and the game was abandoned after three-and-a-half innings due to a thunderstorm, forcing all players and those training to take cover under a flyover.  The game will be replayed later in August.

Next was the Double Ds at the Tigers, with the Tigers looking for a 17th regular season win in their history, the most of any team.  But it was not to be as the DDs secured a comfortable 15-2 victory.  This result meant five teams were tied on two wins with just run difference to separate them.

The DDs' MVPs were Chris Benton and Nikita Shkurko, while the Tigers' MVPs were Alex and Hannah West, who has picked up the award at every Tigers game so far this season.

The Tigers have also been spreading the softball word in the local media, hosting BBC Radio Northampton.

During the month, MK players enjoyed an Olympics-themed evening at MK11 Sports Bar, watching some of the softball action in Tokyo.  A big thank you to our new social secretary Kat for arranging it.  And there was also a hugely enjoyable family day at Caledcotte Miniture Railway -- thanks to Sam for organising! 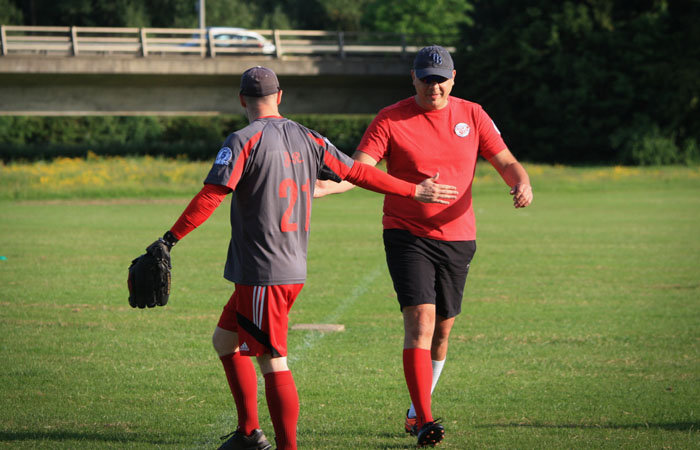 Next up were the Lakers and Odd Sox, a repeat of the 2018 final.  With both teams at 2-2, a victory was vital to keep title hopes alive.  It was the Lakers who ended their regular season with an impressive 18-3 win and moved into the league's top spot.  Lakers' MVPs were Tilly Jones and Adam Bee, and for the Sox it was Loren Reynolds and Chris Russell.

Sadly, the result means the season is over for the Odd Sox.  But they can hold their heads up high in their first season, and definitely pick up the Best-Dressed Team award in their new shirts!

The Lakers now have to wait to see if they make the final.  The winner of next week's clash between the Tigers and the Rhinos will be a likely contender, and the DDs and the Hornets could also mathematically sneak into the final.  So all to play for!